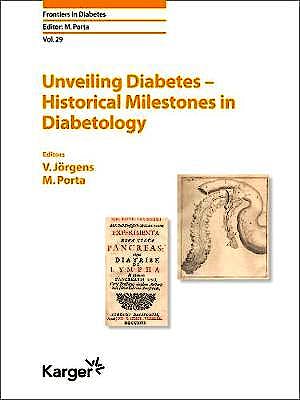 A comprehensive resource covering the history of diabetes

A history of diabetology told by renowned contributors, many have themselves already become a part of diabetes history. A must-have for every diabetologist!

Diabetologists, diabetes educators, and many interested readers will appreciate this book. What is more, countless celebrations are planned for the 100th anniversary of the discovery of insulin: this book provides numerous illustrations, accounts of personal experiences, and critical remarks on the history of diabetology – in addition to the history of insulin. It spans an arc from antiquity to the work of Claude Bernard, Paul Langerhans, Josef von Mering, Apollinaire Bouchardat, Oskar Minkowski, E.P. Joslin, and F.M. Allen. The history of insulin is presented from the perspective of diabetologists from Scotland, Spain, Germany, and Poland.

The history of oral antidiabetics is told by Harald Lebovitz, and the chapter about glitazones by Edwin Gale reads like a spy novel! Pierre Lefèbvre describes the work of the diabetologist Jean Pirart and the history of glucagon. Sir George Alberti has provided a chapter about the therapy of ketoacidosis, to which he himself made groundbreaking contributions. Nephropathy is presented by Hans-Henrik Parving, and Eva Kohner, Ronald Klein and Barbara E.K. Klein have contributed a chapter on retinopathy. Other contemporary topics such diabetes in pregnancy, diabetes technology, psychosocial aspects of diabetes, and the history of the EASD and ADA are also included in this book.