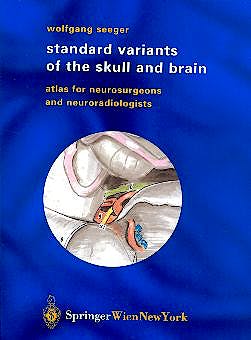 Standard Variants of the Skull and Brain. Atlas for Neurosurgeons

The author describes in his unique style the anatomical variants of the brain and skull. This atlas is a continuation of his last work on "Neuronavigation and Neuroanatomy". Most anatomical reference volumes show a large number of common and rare variations. This atlas concentrates on well known and little known variants which are especially important for the clinician, in particular the neurosurgeon and the radiologist. The variants have been grouped according to areas of trepanation. The author also presents a number of as yet unknown variants gathered from his personal theoretical and clinical experience of 50 years. Exact knowledge of the anatomical variations that may be encountered helps the surgeon to plan operations and avoid unexpected complications. Variants of no clinical relevance, even rather common ones, have not been included.