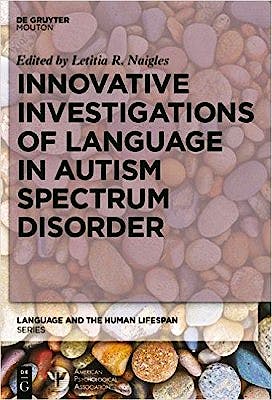 In recent decades, a growing number of children have been diagnosed with autism spectrum disorder (ASD), a condition characterized by, among other features, social interaction deficits and language impairment. Yet the precise nature of the disorder's impact onlanguage development is not well understood, in part because of the language variability among children across the autism spectrum.

The contributors to this volume – experts in fields ranging from communication disorders to developmental and clinical psychology to linguistics – use innovative techniques to address two broad questions: Is the variability of language development and use in childrenwith ASD a function of the language, such that some linguistic domains are more vulnerable to ASD than others? Or is the variability a function of the individual, such that some characteristics predispose those with ASD to have varying levels of difficulty with languagedevelopment and use?

Contributors investigate these questions across linguistic levels, from lexical semantics and single-clause syntax, to computationally complex phonology and the syntax-pragmatics interface. Authors address both spoken and written domains within the wider context oflanguage acquisition.

This timely and broadly accessible volume will be of interest to a broad range of specialists, including linguists, psychologists, sociologists, behavioral neurologists, and cognitive neuroscientists.

At UConn, she is currently head of the Developmental Division in Psychological Sciences, founding head of the university-wide Kids In Developmental Science research and recruitment consortium, and a member of the Executive Committee of the Cognitive ScienceProgram. She has conducted research on language acquisition with children learning a variety of languages, including English, French, Spanish, Mandarin Chinese, Turkish, Japanese, German, Hindi, and Korean, and has been engaged for the past 15 years in anintensive longitudinal investigation of the language development of children with Autism Spectrum Disorder. Her research has been funded by grants from NIH (FIRST, DCD, and CHD), NIMH, NSF, and NAAR.

Dr. Naigles is the coauthor of an SRCD Monograph (2009: Flexibility in Early Verb Use), and coeditor of the Cambridge Handbook of Child Language, (2nd ed., 2015).