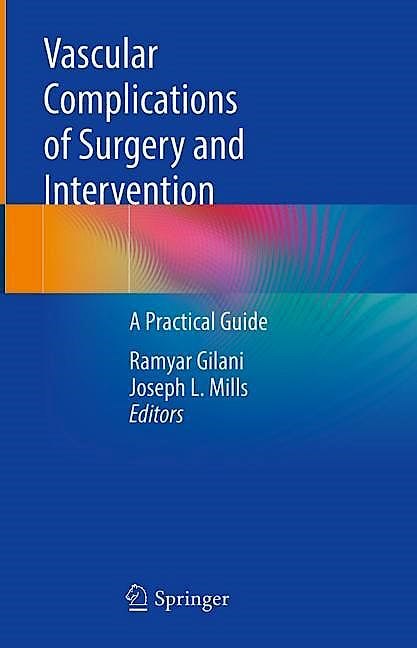 Vascular Complications of Surgery and Intervention. A Practical Guide

The concept for this book evolved over many years of intense clinical practice during which a wide variety of vascular complications were encountered as a result of other surgical or interventional procedures. In this book, the authors describe cohesive efforts by experts in the field as they commit to advancing health care quality by all professionals. It should be noted at the outset that the book does not discuss various non-vascular or systemic complications of patients undergoing vascular interventions such as myocardial infarction, renal or respiratory failure. Instead, the content is divided into four separate sections. The material begins with an introduction to vascular anatomy and function. There follows a section addressing specific complications of the vascular system that can occur in any patient, sometimes even without intervention. The third section addresses complications specific to interventions and surgical procedures. The final section is dedicated to the delayed and long-term sequelae attributable to the most commonly encountered vascular complications.

Vascular Complications of Surgery and Intervention: A Practical Guide is targeted towards dedicated health care professionals managing patients affected by inadvertent but potentially disastrous vascular complications and for those practitioners performing interventions either directly upon the vascular system or procedures that have potential for collateral impact.