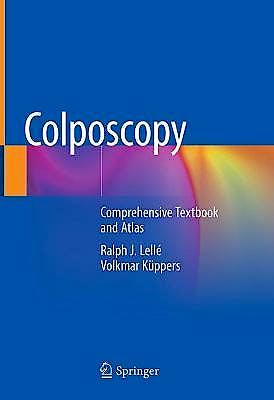 This comprehensive textbook and atlas provides detailed guidance on the performance and interpretation of colposcopy, with a particular focus on the diagnosis of precancerous cervical, vulvar, and vaginal lesions. The book not only describes the role of colposcopy in state of the art cervical cancer screening and triage but also covers the prevention, diagnosis, and management of cervical cancer in low-resource settings, where the vast majority of cases occur worldwide. The indications for colposcopy are clearly identified, and its use is described in a variety of specific circumstances, including during pregnancy, following surgical interventions and radiation treatment, and in the immunocompromised patient.   The book will be of value for gynecologists and gynecologic oncologists, general practitioners, and family practice doctors; furthermore, physician assistants, nurses, and midwives will find it very useful for training and as a source of reference, regardless of whether they are working within an established screening program based on cytopathology and/or HPV testing or within a low-resource environment applying visual inspection as the primary screening strategy.

Ralph J. Lellé has trained as a gynecologist at Hannover Medical School, Hannover, Germany. After a Fellowship in Gynecologic Oncology at the University of Michigan, Ann Arbor, he returned to Germany and became a Professor of Gynecologic Oncology in the Department of Gynecology, Muenster University, Germany. He is also a cytopathologist at the Gerhard Domagk Institute of Pathology of Muenster University and has been active in HPV-related cancer prevention and treatment for almost four decades. Ralph J. Lellé is an honorary member of the AG-CPC (German Society of Cervical Pathology and Colposcopy).

Volkmar Küppers has worked as a gynecologist and obstetrician at Duesseldorf University, Germany. He also received training in gynecologic histopathology and cytopathology. He has been in private practice for many years and specializes in colposcopic diagnosis and treatment. Presently, Volkmar Küppers is the President of the AG-CPC (German Society of Cervical Pathology and Colposcopy).