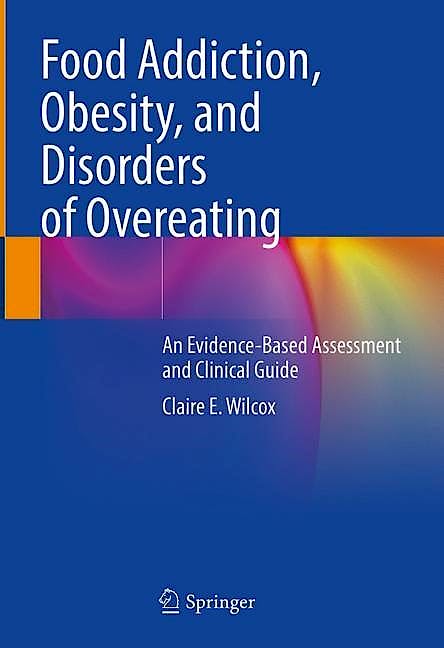 Food Addiction, Obesity, and Disorders of Overeating. An Evidence-Based Assessment and Clinical Guide

INTRODUCTION Obesity, Eating Disorders and Food Addiction: Towards a Synthesis

This book is written for providers of broad training backgrounds, and aims to help those who care for people with EDs, overweight and obesity provide evidence-based care. The goal of the book is to provide these providers with a straightforward resource summarizing the current standard of care. However, it goes further by also introducing the concept of food addiction (FA) as a model to understand some forms of overeating. This book discusses the pros and cons of embracing FA and reviews the evidence for and against the validity and utility of FA. By doing so, the chapters convey a “middle ground” approach to help people with obesity, BED, and bulimia nervosa plus FA symptomatology who also want to lose weight. The text discusses FA by reviewing several of the main ongoing controversies associated with the construct. It reviews both the clinical and neuroscientific evidence that some individuals’ eating behavior mirrors that seen in substance use disorders (SUD), such as how their relationship with food appears to be “addictive”. Chapters also discuss how many of the mechanisms known to underlie SUDs appear to drive overeating in animal models and humans. Finally, the text argues that the similarities between the brain mechanisms of addictive disorders and overeating behavior has the potential to open up new avenues for current treatment and treatment development.

Food Addiction, Obesity and Disorders of Overeating: An Evidence-Based Assessment and Clinical Guide is suited for both medical and mental health practitioners, including physicians in primary care or psychiatry, nurses, psychologists, social workers, medical students and medical residents. It could also be utilized by researchers in obesity and ED fields, stimulating ideas for future research and study design.