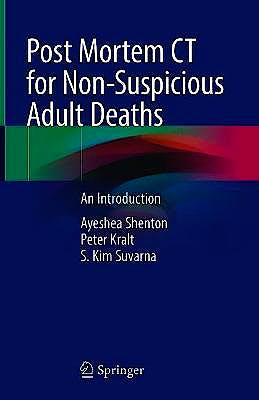 This book is an ideal introduction to the specialty of post mortem computed tomography (PMCT). It will serve as a comprehensive yet accessible guide to the understanding and interpretation of whole-body studies for both hospital and community settings. Both normal post mortem appearances and findings associated with a wide range of diagnoses encountered in real cases from the coronial service are presented with the aid of numerous images. The coverage encompasses not only findings in all anatomic regions but also the imaging appearances in cases following targeted coronary angiography, attempted cardiopulmonary resuscitation and various special circumstances such as suicide. The inclusion of many practical tips and possible pitfalls will support the radiologist to become more confident when reporting PMCT, while for the more experienced practitioner the wealth of examples will serve as a useful resource. In addition to radiologists, the book will be of value for pathologists at all levels of experience and anyone needing to understand the role and limitations of PMCT.

Ayeshea Shenton, FRCR, MSc (Med Ed), iis a consultant radiologist in a district general hospital. In addition, for iGene London, she has been reporting post mortem CT for the past 4 years, building knowledge in the field from established practitioners, relevant texts and collecting feedback from interesting cases. Her interest and skill in teaching is reflected in achievement of a Master's degree in Medical Education.

Peter Kralt, MD, is a consultant neuroradiologist currently working at James Cook University Hospital, South Tees Hospitals NHS Foundation Trust in Middlesbrough, UK. He completed his medical and radiological training in the Netherlands and has been practising in the field of post-mortem and forensic radiology for the past 3 years. He has been involved in more than 1000 cases and believes that radiology has the potential to transform the coronial system and the way in which sudden deaths are investigated.

Prof S Kim Suvarna is a consultant in histopathology based at Sheffield Teaching Hospitals. He works for a variety of Coroners and Police Forces across the United Kingdom. He is an examiner for the Royal College of Pathologists, as well as the Royal College of Surgeons. He has published on cardiothoracic pathology and autopsy research widely.