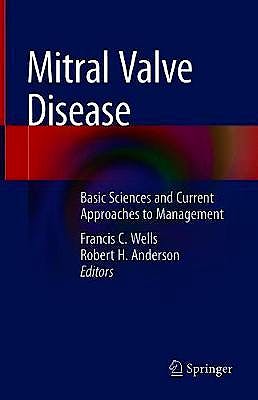 This book provides a comprehensive review of the basic science of the mitral valve needed to begin to comprehend both normal and the failing valve. This knowledge is infrequently discussed in the clinical arena, with a rush towards definition of lesions based on limited analysis. It provides a ready single source of the most important basic science subjects pertaining to the valve, and the pathologies found therein, and thus a more complete understanding of the factors that result in dysfunction may be appreciated.

Mitral Valve Disease: Basic Sciences and Current Approaches to Management includes chapters on embryology and anatomy, including details of structural, comparative and functional features. Since the valve is completely influenced by genetics and molecular biology, subjects rarely if ever addressed in the clinical arena, these topics receive in-depth attention. Coverage concludes with lengthy discussions of the importance of multi-disciplinary work, along with the importance of the electrophysiological disturbances encountered in some groups of these patients. It therefore is an essential and up-to-date resource for the practicing and trainee cardiac surgeon and any researcher working within this topic.

Francis Wells is a recognized leader in the field of mitral and tricuspid valve surgery. He lectures on the subject internationally and has published numerous articles on the topic. He initially trained in London and the United States, before moving to Papworth Hospital as a consultant cardiothoracic surgeon in 1985. His specialist area of cardiac surgical interest is the management of all forms of heart valve disease, especially mitral valve reconstruction. Mr Wells has a large experience over 37 years of practice. The functionality of the valve has always been a prime interest for him, rather than simply achieving competence often at the expense of normal physiology. This has led to a desire for a deeper understanding of the basic sciences related to the valve and hence the generation of this book. He also has an interest in all aspects of adult cardiac surgery with 25 years experience in cardio-pulmonary transplantation, directing the lung transplant unit at Royal Papworth hospital for 20 years. Mr Wells also ran a full thoracic and Oesophagela practice specialising in surgical oncological management. He was instrumental in setting up the first two stop lung cancer centre in the United Kingdom.

Robert H. Anderson studied medicine at the University of Manchester. He then returned to the Department of Anatomy, having completed his clinical residency appointments. He was offered the chance to continue his researches on cardiac innervation, concentrating on the conduction tissues which led to the chance to collaborate with surgical colleagues in Liverpool, and with electrophysiologists and pathologists in Amsterdam. Having spent a year in Amsterdam, he was then offered the chance to work as clinical anatomist at the Royal Brompton Hospital in London. This appointment was supported by the Joseph Levy Foundation, in collaboration with the British Heart Foundation. The support from both Foundations then continued throughout the remainder of his active career. This was undertaken from 1974 until 1999 at the Royal Brompton, and subsequently, until 2007, at Great Ormond Street Children's Hospital. Throughout these periods, all his studies had been directed towards clinicians, with the aim of stimulating surgical techniques, improving the management of children born with congenital heart defects, and contributing to the understanding of the various fields of diagnosis.

On his retirement in 2007, he was made Emeritus Professor at University College, London. He remains deeply involved in collaborative research ventures. Using episcopic microscopy and molecular biological techniques, he has been able to follow the fate of tissues, and thus to trace the development of the normal, and the maldevelopment of the abnormal, heart. To this end, he has received Professorial Fellowships at the Biosciences Institute, Newcastle University; and at St George's Medical University in London. He also remains active in both teaching and research as Visiting Consultant at Birmingham Children's Hospital.