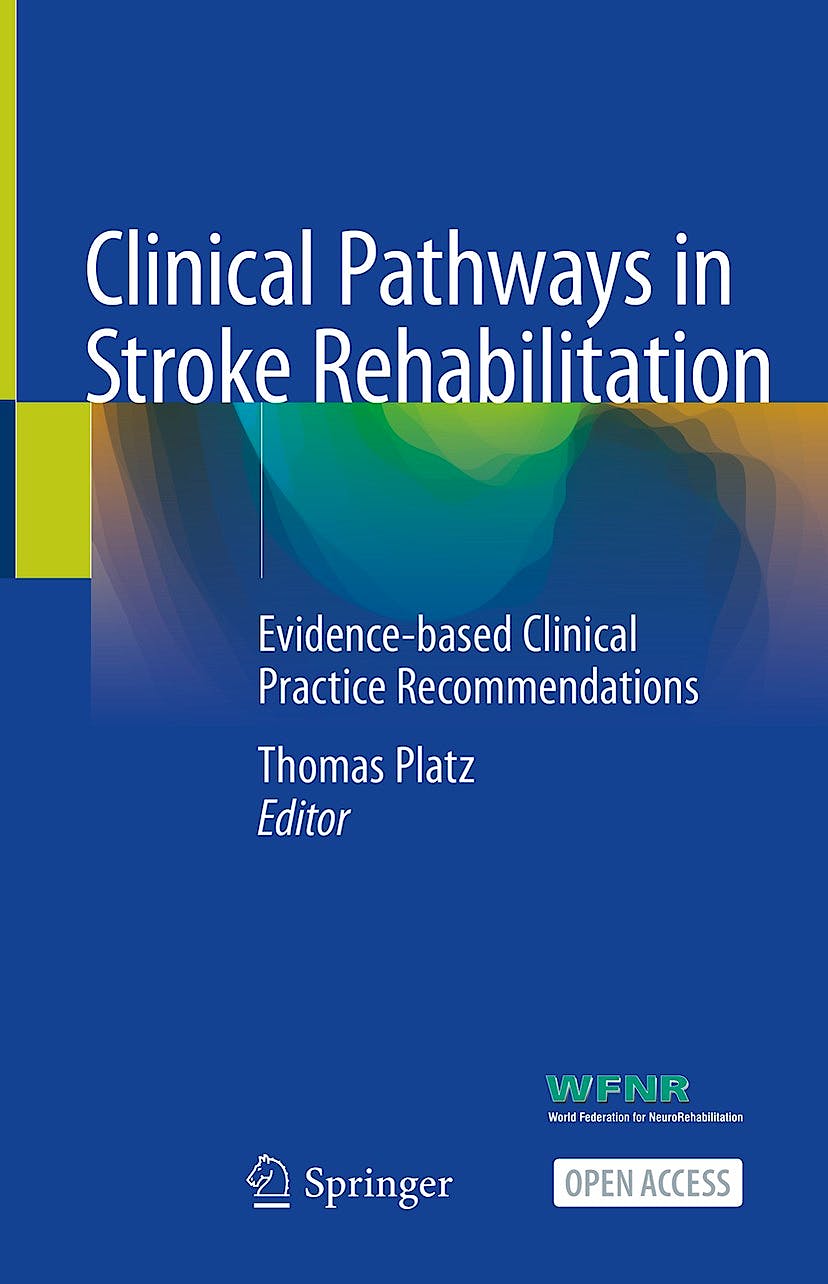 This open access book focuses on practical clinical problems that are frequently encountered in stroke rehabilitation. Consequences of diseases, e.g. impairments and activity limitations, are addressed in rehabilitation with the overall goal to reduce disability and promote participation. Based on the available best external evidence, clinical pathways are described for stroke rehabilitation bridging the gap between clinical evidence and clinical decision-making. The clinical pathways answer the questions which rehabilitation treatment options are beneficial to overcome specific impairment constellations and activity limitations and are well acceptable to stroke survivors, as well as when and in which settings to provide rehabilitation over the course of recovery post stroke.

Each chapter starts with a description of the clinical problem encountered. This is followed by a systematic, but concise review of the evidence (RCTs, systematic reviews and meta-analyses) that is relevant for clinical decision-making, and comments on assessment, therapy (training, technology, medication), and the use of technical aids as appropriate. Based on these summaries, clinical algorithms / pathways are provided and the main clinical-decision situations are portrayed.

The book is invaluable for all neurorehabilitation team members, clinicians, nurses, and therapists in neurology, physical medicine and rehabilitation, and related fields. It is a World Federation for NeuroRehabilitation (WFNR) educational initiative, bridging the gap between the rapidly expanding clinical research in stroke rehabilitation and clinical practice across societies and continents. It can be used for both clinical decision-making for individuals and as well as clinical background knowledge for stroke rehabilitation service development initiatives.