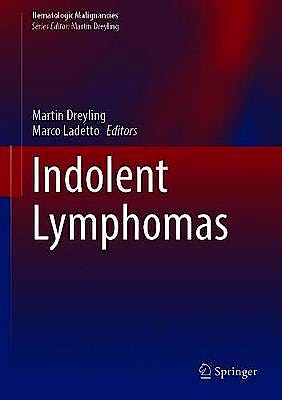 This book provides a comprehensive overview of current treatment strategies in indolent lymphomas, the clinical management of which continues to pose significant challenges for the general oncologist despite the tremendous progress in diagnosis, evaluation of risk factors, and molecular targeted approaches. Experts in the field from around the world describe the histomorphology in a clinically relevant manner, consider the role of risk factors in detail, and discuss the full spectrum of therapeutic approaches. Special emphasis is placed on the translation of molecular science into clinical care, and a disease-specific algorithm is proposed for each entity. The coverage encompasses follicular lymphoma, MALT, nodal marginal zone lymphoma, splenic marginal zone lymphoma, Waldenstroem's macroglobulinemia, hairy cell leukemia, chronic lymphocytic leukemia, mycosis fungoides, large granular lymphocytic leukemia, and also mantle cell lymphoma. The book will be an excellent resource for experienced and inexperienced practitioners alike.

Martin Dreyling is Professor of Medicine and head of the lymphoma program in the Department of Medicine III, LMU hospital, Munich, Germany. Professor Dreyling studied at the Universities of Dusseldorf, Giessen, Tubingen, and Wurzburg and completed his clinical training at the Universities of Bonn, Munster, Goettingen, and Munich. In addition, he was a visiting scientist at the University of Chicago from 1992 to 1995. His scientific focus is on the molecular basis of malignant transformation, cell cycle dysregulation, and secondary genetic alterations as well as biological prognostic factors in malignant lymphoma. He is also interested in innovative therapeutic approaches, including molecular targeted approaches like inhibitors of the B-cell receptor pathway and immunological approaches. Professor Dreyling is EHA board member, Coordinator of the European MCL Network and president elect of the German Lymphoma Alliance. He has co-authored numerous scientific papers, book chapters, and abstracts in international peer-reviewed journals.

Marco Ladetto is Head of the Hematology Division at "Ospedale SS Antonio e Biagio" in Alessandria, Italy. After completing his MD at the University of Torino in 1992, he focused on the onco-hematology field, performing clinical activity and research. In 1997 he gained his postgraduate degree in hematology. He then worked at Dana Farber Cancer Institute in Boston until early 1999, when he became Assistant Professor in Hematology at the University of Torino. Dr. Ladetto's fields of interest include the diagnosis, prognosis, and treatment of lymphoma, myeloma and chronic lymphocytic leukemia. During the past 4 years he has been actively involved in the design of clinical trials in the context of Fondazione Italiana Linfomi (Principal Investigator in two studies) and the European Mantle Cell Lymphoma Network. He is an active member of the Euro-MRD network. Dr. Ladetto is in the EHA guidelines committee. He has authored numerous scientific papers in international peer-reviewed journals.