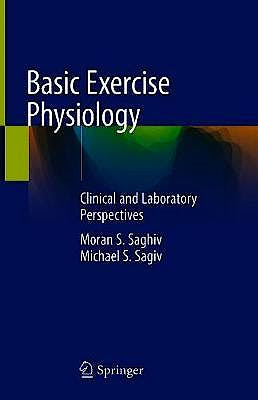 This book reviews the assessment of human performance and the role of different exercise modes both in a laboratory and clinical setting. Details of how to successfully perform basic laboratory procedures for exercise training in health and disease, as well as how to apply non-invasive measurements in exercise physiology are provided. Chapters cover how to appropriately use a range of measures in assessing pulmonary function, anaerobic function and oxygen uptake. Techniques for cardiopulmonary rehabilitation and the mechanisms associated with thermoregulation are also described. Interactive exercises enable readers to easily assimilate key concepts and develop a thorough understanding of the topic.

Basic Exercise Physiology provides both trainees and professional healthcare staff interested in exercise physiology with a detailed and practically applicable resource on the topic.

Moran S. Saghiv is an Associate Professor of Clinical Exercise Physiology. From 2014-2018 as MSCEP Program Director and Research Coordinator, Department of Exercise Physiology, School of Health Sciences, University of Mary, Bismarck, ND, USA and from 2009-2014 he was the director, trainers & instructors' certification in sports School, at the Zinman College of Physical Education at the Wingate Collage, Israel.