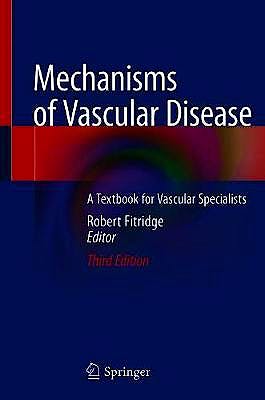 Mechanisms of Vascular Disease. A Textbook for Vascular Specialists

This extensively revised third edition provides a practically applicable guide to the pathophysiology, assessment and management of vascular disorders encountered in vascular surgical practice. It features detailed information on the latest developments in the pathophysiology of conditions including atherosclerosis, multi-organ failure, limb compartment syndromes and Raynaud's phenomenon in a clear easy to digest format. Disorders such as reperfusion injuries, vasculitides, and aortic dissection are covered. Furthermore, key topics in vascular and endovascular practice such as radiation biology and radiation safety are also detailed. Each chapter contains a set of learning objectives and key references, enabling the reader to quickly identify key points.

Mechanisms of Vascular Disease: A Textbook for Vascular Specialists comprehensively covers a variety of common and unusual pathophysiologies encountered in vascular surgery, and is an ideal resource for both the trainee, and practicing clinical vascular surgeon seeking an up-to-date resource on the topic.