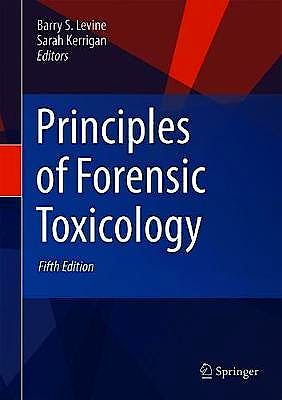 The fifth edition of the best-selling Principles in Forensic Toxicology continues in the tradition of excellence in academic publishing. With over 10 years of classroom-tested and continually updated content, the new edition contains significant updates and 7 new chapters on new topics including drug-facilitated crimes, derivatization, quantitation, measurement uncertainty/traceability, statistics, oral fluid testing, and drugs in embalmed specimens. Part One covers the major sub-disciplines of forensic toxicology in addition to pharmacological concepts. Part Two addresses specimen preparation, laboratory testing and instrumental analysis, while Part Three discusses common analytes including cocaine, opioids, alcohol, and marijuana. Adopted for courses in many of the top universities for forensic science and used by respected medical examiner's offices and crime laboratories worldwide, Principles of Forensic Toxicology prepares the next generation of forensic toxicologists and continues to be an important reference in professional practice.

Barry Levine received his B.S. in Chemistry from Loyola College and a Ph.D. in Toxicology from the Medical College of Virginia. He was Chief Toxicologist, Office of the Chief Medical Examiner, State of Maryland and currently consults with the Office. He was also the Director, Forensic Toxicology Laboratory for the Armed Forces Medical Examiner System. He is an Adjunct Professor in the Forensic Sciences Department, Stevenson University, teaching a course every year in forensic toxicology. Dr. Levine is a fellow of the American Board of Forensic Toxicology and a Diplomate of the American Board of Clinical Chemistry - Toxicological Chemistry. He edited the book widely adopted best-selling book, Principles f Forensic Toxicology, which is now in its fifth edition.

Dr. Kerrigan is the Chair of Forensic Science and the Director of the Institute for Forensic Research, Training and Innovation at Sam Houston State University. Prior to her academic position, she was employed as a forensic toxicologist, quality assurance manager and laboratory director in ASCLD/LAB, ABFT and ISO/IEC 17025 accredited forensic laboratories. Dr. Kerrigan has been active in the area of forensic reform for more than a decade. She is a long-standing member of the Texas Forensic Science Commission and has served on the Forensic Science Standards Board of the Organization of Scientific Area Committees (OSAC) for Forensic science since its inception.