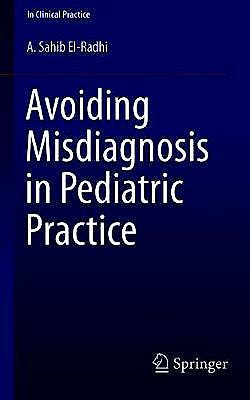 This book discusses the most common symptoms in pediatrics. It is based on best available scientific evidence and up-to-date information. The book also discusses a range of common conditions associated with bacterial and viral infections of the oro-nasal, eye, chest, abdominal and genito-urinary regions. The book helps the clinician to distinguish symptoms and signs of pediatric diseases to avoid diagnostic errors. Each chapter starts with a list of core messages, and includes tables and figures to focus on the subjects under discussion. The whole text is written in reader-friendly manner. The book is of interest to general pediatricians and doctors in primary care. It is also of interest to students, nurses and other professionals who look after children.

A. Sahib El-Radhi is a consultant pediatrician and an honorary senior lecturer at the University of London and honorary senior pediatrician at Queen Mary's Hospital, Sidcup, Kent.. He was involved for over thirty years in under- and postgraduate teaching. He worked as a specialist pediatrician in several countries including Germany, Finland and in the Middle East. He published over 50 papers on pediatric subjects and wrote several pediatric books. A. Sahib El-Radhi is an MRCPCH and DCH examiner for the Royal College of Pediatrics and Child Health.