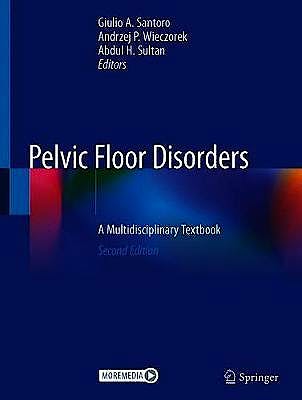 This excellent textbook provides up-to-date information on all aspects of pelvic floor disorders. After an opening section on anatomy and physiology, it explains the methodology, role and application of the integrated imaging approach in detail, including the most advanced 3D, 4D, and dynamic ultrasound techniques, illustrated with hundreds of images. It then discusses in depth the epidemiology, etiology, assessment, and management of the full range of pelvic floor disorders from multidisciplinary and practical perspectives. The book also provides information on the various forms of obstetric perineal trauma, urinary incontinence and voiding dysfunction, anal incontinence, pelvic organ prolapse, constipation and obstructed defecation, pelvic pain and sexual dysfunction, and fistulas, and includes treatment algorithms as well as helpful guidance on what to do when surgical treatment goes wrong. The authors are leading experts in the field from around the globe. Since the first edition from 2010 (more than 200,000 chapter downloads), the book has been extensively rewritten and features numerous additional topics. The result is a comprehensive textbook that is invaluable for gynecologists, colorectal surgeons, urologists, radiologists, and gastroenterologists, beginners and veterans alike.

Giulio A. Santoro was educated at the University of Naples and at the University of Siena, Italy. He has been Chief of the Tertiary Referral Pelvic Floor and Incontinence Center and Consultant General Surgeon and Colorectal Surgeon, IV DegreesDivision of Surgery at Treviso Regional Hospital, Italy, for 20 years. He was Consultant Colorectal Surgeon at Cleveland Clinic Abu Dhabi, UAE for 1 year from August 2014 to 2015. He holds academic appointments as Professor of Surgery at University of Padua, Italy and as Honorary Professor of Surgery at Shandong University, China. He is Director of the Italian School of Pelvic Floor Ultrasonography and Past-President of the Italian Society of Colorectal Surgery (in 2015 he was President of the VI Degrees National Congress of the society). He is member of the editorial board of World Journal of Gastrointestinal Surgery, Female Pelvic Medicine Reconstructive Surgery, Pelviperineology and Journal of Ultrasonography. He is also author of more than 200 chapters and articles published on peer-review journals as well as author of four books. He was part of the faculty of more than 300 international Congresses, Workshops and Courses.

Andrzej Pawel Wieczorek is a Professor of Radiology and Head of the Department of Pediatric Radiology at the Medical University of Lublin, Poland. Besides pediatric radiology, one of his main scientific focus is uroradiology and pelvic floor ultrasound, as well as ultrasound diagnostics of male and female urinary incontinence in adults and children, pelvic organ prolapse in women, male and female infertility, diagnostics of prostate diseases. He authored several articles published in peer-review journals covering these topics. He is actively teaching pelvic floor ultrasound on numerous Polish and international congresses and workshops propagating the idea among various specialties in medicine. He is a lecturer on congresses, workshops and courses organized by Polish Society of Ultrasound (PTU), Polish Medical Society of Radiology (PLTR), International Urogynecological Association (IUGA), European Society of Coloproctology (ESCP), European Society of Uroradiology (ESUR). In the past he was playing a role of Vice-President of the Polish Society of Ultrasound (PTU) for 8 years. He is also author of more than 170 chapters and articles published on peer-review journals as well as an author of one book. He is an organizer of annual course about most recent developments in ultrasound since 17 years. He was part of the faculty of more than 300 international Congresses, Workshops and Courses.