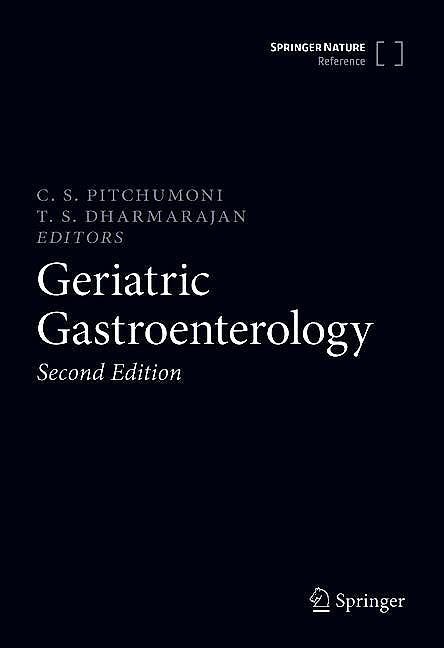 Aging trends in the United States and Europe continue to demonstrate an increasingly older society, a trend that is unlikely to change for decades to come. This trend renders it prudent for health care providers to better prepare for the changes in society and their health needs. The current number of older adults (aged over 65), about 13% of the U.S. population, is expected to grow to over 20% in the next 20 years. Preparation for the changes in society involves provision of training for current and future generations of physicians to deal with health problems of older adults.

Training programs in internal medicine and gastroenterology are required to deal with disorders of aging in the present day hospitalized, long-term care and community older adults. Physiological changes and disease processes in older adults differ significantly from those of the young; these are aspects that trainees and practicing physicians need to have an understanding of. Yet texts devoted to gastrointestinal illness in the elderly are scant at this stage and are clearly in demand.

This text provides a comprehensive overview of gastrointestinal disease and disorders in older adults. Divided into sixteen sections, this major reference work covers all aspects of gastroenterology as it pertains to older adults, including epidemiology, gastrointestinal physiology, motility disorders, luminal disorders, hepatobiliary disease, systemic manifestations, neoplastic disorders, gastrointestinal bleeding, and gastrointestinal cancer. In addition to fully revised chapters from the previous edition of Geriatric Gastroenterology, the latest edition features new chapters on drug injury to the GI tract, gut microbiota and aging, dysphagia, diabetes and its manifestations, and nursing for GI disorders. Nutrition and related disorders, as well as capsule endoscopy and its utility in the geriatric population, are also highlighted in the text. Presented in a simple, easy to read format, the volume includes numerous figures, tables, and key points to enable ease of understanding.

Professor C.S. Pitchumoni, MD is an acclaimed author, a dedicated teacher, a well-published researcher, and an editor of several popular books and prestigious journals in the field of Clinical Gastroenterology. For his many academic contributions spanning more than five decades at New York Medical College, Robert Wood Johnson School of Medicine, and Drexel University, Dr. Pitchumoni has the rare distinction of being recognized as a Master of two leading professional organizations, the American College of Physicians as well as the American College of Gastroenterology.

Dr. Pitchumoni's over 250 publications in major peer-reviewed journals and more than 100 chapters in the reputable textbooks are in addition to seven edited books.

Dr. Pitchumoni has received various awards and recognitions. The one award that he most takes pride in is the recognition by students of Drexel University with the covetable Blockley-Osler award for excellence in teaching Clinical Medicine at the bed-side in the tradition of Sir William Osler. The Royal Colleges of Physicians of Ottawa, Canada and the Royal College of Physicians of Edinburgh have honored Dr. Pitchumoni as a Fellow of the respective colleges.

The initial publications that brought him to the academic forefront were focused on Pancreatology; his pioneering work in the field is well quoted in the literature.

The success of the first edition of Geriatric Gastroenterology by Springer Publishers, released in 2012, prompted the authors to expand the book to the current work with many more chapters in the second edition.

Dr. Dharmarajan was instrumental in developing a reputable inpatient geriatric medicine program at Our Lady of Mercy Medical Center in the Bronx (currently Montefiore Medical Center), with clinical, academic, and research components, including a fully accredited fellowship program (for 10 fellows) in Geriatrics.

Dr. Dharmarajan co-edited the textbook Clinical Geriatrics, released in 2003. His second textbook, Geriatric Gastroenterology (Springer), co-edited with C.S. Pitchumoni, was released in July 2012. Based on its success, he co-edited the second edition of Geriatric Gastroenterology, a far more comprehensive work. His publications in peer reviewed journals and text books number around 200. He has over 500 scientific presentations (abstracts) in county, state, national and international meetings. He won the Howard Gutterman Award for best research project in the National Annual AMDA (2006) meeting, and received a Lifetime Achievement Award at New York City in 2019; in the same year, he received Recognition for Leadership and Community Services from Montefiore at the Tenth Anniversary celebrations. Some of his many recognitions in medicine include “Teacher of the Year” and the “Peer to Peer” recognition by the Bronx County Society. In 2013, he was featured on the cover of AgingWell magazine as one of five noteworthy geriatricians.