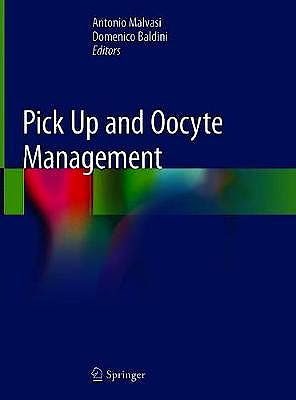 Pick Up and Oocyte Management

This richly illustrated book focuses on one of the specific and crucial steps of the Medically Assisted Procreation techniques that is often overlooked: the oocyte pick-up. Enhanced by a large number of high-quality pictures, this atlas of oocyte retrieval comprehensively describes important aspects such as the setting of the ultrasonic equipment, the choice of needle, the layout of the devices in the room and the technique to be used, which, if not properly handled, can lead to erroneous behaviors.

The original and detailed illustrations, mainly microscopic images and explanatory drawings, help readers to better understand how to manage all the phases of the ovarian pick-up and oocyte management.

This practical atlas provides a valuable guide for all specialists who want to improve their skills and gain confidence with the MPA techniques.

Antonio Malvasi graduated in 1983 with a first-class honours in medicine from the University of Bari, Italy, where he subsequently completed his specialization in obstetrics and gynaecology with honours. In 1991, he also completed specialization in Biochemical and Biophysical Monitoring of the Foetus at the University of Bari. Since 2002, he is a Senior Chief of Department of Gynaecology and Obstetrics, Santa Maria Hospital, GVM Care & Research, Bari, Italy. He has made in his professional career more than 14000 surgical operations.

Prof. Malvasi is a NESA Diplomat and Partner. He is also an Adjunct Professor in the International Translational Medicine and Biomodeling Research Group, Department of Applied Mathematics, Moscow Institute of Physics and Technology, Russia. From 2005 to 2008 he was director of the Medical Drawing School at the Sapienza University, Rome, Italy. From 2008 to 2010, he was Visiting Professor at the Department of Gynecology and Obstetrics, University of Perugia, Italy. From 2014, he has National Authorization as Associate Professor in Obstetric and Gynecology, National Health Government, Italy.
He is also winner of numerous awards: the "Malpighi Foundation Award" in 2005, Rome, Italy; the "Cambridge Top 100 Modern Medicine Health" award in 2010, Cambridge, England; the first prize of the "Chicago Congress Of The Birth Award" in 2011, Chicago, USA; "BMA Medical Book Awards 2015" with the book "Uterine Myoma, Myomectomy and Minimally Invasive Treatments'', London, England. He is the author of 12 books, more than 234 papers in high-ranked journals, and 62 book chapters.
Prof. Malvasi has an H-Index factor of 23. He has participated at numerous International Conferences such as Invited Speaker and Congress Chairman.

Domenico Baldini is the Medical Director of IVF Center of MOMO' fertiLIFE Srl. In 2015 he was appointed as Permanent Director of the Advanced International Course on Ultrasound and Human Reproduction at the IAN Donald Inter-University School of Medical Ultrasound. Since 1992 he has been working at the IVF Center at the "Casa di Cura Santa Maria" in Bari and he led the IVF center from 2001 to 2008. He is the author of several scientific publications and was a speaker at more than 40 national and international congresses.