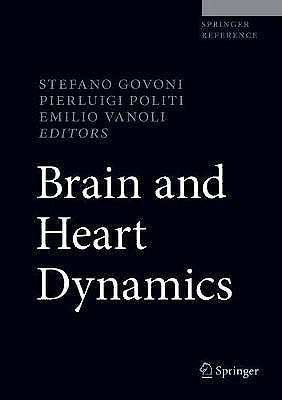 This ambitious and comprehensive handbook represents an essential contribution to our current understanding of interactions between heart and brain, a research topic generating growing interest.

Despite the increasing awareness that neural mechanisms are the primary cause of cardiac disease and its progression, therapy continues to focus on end-organ protection and does not approach the neural core of the problem. Growing public health problems such as heart failure are still treated with autonomic drugs that are 30-40 years old and simply act on cardiac receptors. However, it has now been shown that the progression of ischemic heart disease to heart failure is mainly due to abnormal central responses to incipient cardiac disease, with neural activation the primary cause rather than the consequence of cardiac remodeling.

Written by leading international experts in their respective research areas, the book presents a variety of perspectives on the core topic: from social and philosophical to gender-related aspects.

It is designed for a broad readership and includes dedicated sections for cardiologists, psychiatrists, neurologists and psychotherapists looking for a more insightful and targeted approach to neuro-cardiovascular disease.

Stefano Govoni is professor of pharmacology at the University of Pavia. Since 1994 he has been working as a consultant for the Biological Research Programs, Alzheimer Unit, at the Fatebenefratelli Hospital in Brescia, Italy. In 2013, Stefano Govoni became chancellor's deputy for teaching activities for the University of Pavia. He has been member of various ethical committees and is currently director of the Bioethical Committee of the San Matteo Hospital in Pavia, Italy. His scientific interests include brain aging, a field in which he has been working since 1977, and Alzheimer's disease (AD). He has made a significant contribution to research in the field, and from 2000 to 2011 Stefano Govoni was the national coordinator of a group of 6 laboratories belonging to various Italian universities (Pavia, Genoa, Catania, Florence, Foggia, Palermo) working on Alzheimer's disease. Stefano Govoni is author of 328 papers listed in Medline.

Pierluigi Politi is professor of psychiatry at the University of Pavia and head of the Psychiatry Unit of ASST Pavia (Health and Social National Trust). His Ph.D. focused on the psychological aspects of heart transplantation. He has been a consultant to both the departments of Cardiology and Heart Surgery at the Fondazione IRCCS Policlinico San Matteo, Pavia (Italy) for 20 years. Since 2011 he has also implemented consultation-liaison in psychological medicine at the same teaching hospital. Moreover he is visiting professor of psychiatry at the Postgraduate Medical Institute, Anglia Ruskin University, Cambridge and Chelmsford, UK. Pierluigi Politi is also a member of the Italian Psychoanalytical Society and the International Psychoanalytical Association. He has authored and co-authored 9 books and more than 100 papers in international peer-reviewed journals.

Emilio Vanoli is associate professor of cardiology at the University of Pavia's Department of Molecular Medicine. He has over 35 years of experience in experimental and clinical research, building solid expertise in the field of the autonomic control of the heart and its interaction with entire visceral system controlled by the autonomic nervous system. Emilio Vanoli pioneered the use of direct electrical stimulation of the vagus nerve to prevent ventricular fibrillation in the ischemic heart and now is actively involved in the use of this approach in heart failure. His other ongoing research interest concentrates on the nerve growth factor (NGF) and its receptor TrkA as a novel target to treat autonomic dysfunction in heart failure. Emilio Vanoli is also adjunct associate professor at the Department of Physiology and Biophysics at the University of Oklahoma Health Sciences Center, and Head of the Outpatient Heart Failure Clinic, Cardiovascular Department of the IRCCS MultiMedica. In addition he is fellow of the European Society of Cardiology and an honorary fellow of the Heart Failure Society of India.