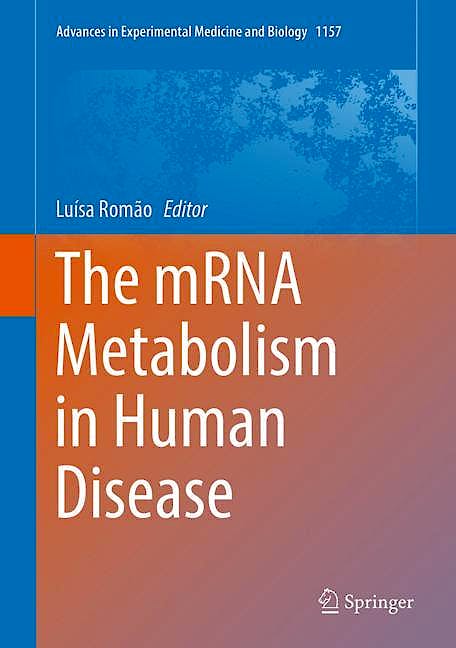 The mRNA Metabolism in Human Disease

The eukaryotic gene expression pathway involves a number of interlinked steps, with messenger RNA (mRNA) being the key intermediate. The precursor mRNA is transcribed from DNA, processed by removal of introns and addition of the cap structure and the poly(A) tail. The mature mRNA is then exported to the cytoplasm where it is translated into protein and finally degraded. In this process, mRNA is associated with RNA-binding proteins forming ribonucleoprotein complexes, whose protein content evolves throughout the lifetime of the mRNA. While the complexity of eukaryotic gene expression allows the production of proteins to be controlled at many levels, it also makes the process vulnerable to errors. Although eukaryotic cells have evolved elaborate mRNA quality control mechanisms that ensure the fidelity of gene expression, some defects are not detected, thus affecting mRNA metabolism. This condition plays a fundamental role in the pathogenesis of several disease processes, such as neurodegeneration and oncogenesis. Besides, exciting recent data have shown that cellular RNAs can be modified post-transcriptionally via dynamic and reversible chemical modifications, the so-called epitranscriptome. These modifications can alter mRNA structure, being able to modulate different steps of the mRNA metabolism that can be associated with various human diseases, such as systemic lupus erythematosus and cancer.

This book provides a collection of novel studies and hypotheses aimed to define the pathophysiological consequences of altered mRNA metabolism events in human cells, and is written for a wide spectrum of readers in the field of gene expression regulation. The last chapter highlights how the discovery of disease-causing defects (or modifications) in mRNA can provide a variety of therapeutic targets that can be used for the development of new RNA-based therapeutics. Hopefully, it may also contribute to inspire the drug-developing scientific community.

Luisa Romao is a principal investigator on the unit of hemoglobinopathies in the center of human genetics of the National Institute of Health Dr. Ricardo Jorge in Lisbon. She is a member of the RNA society.