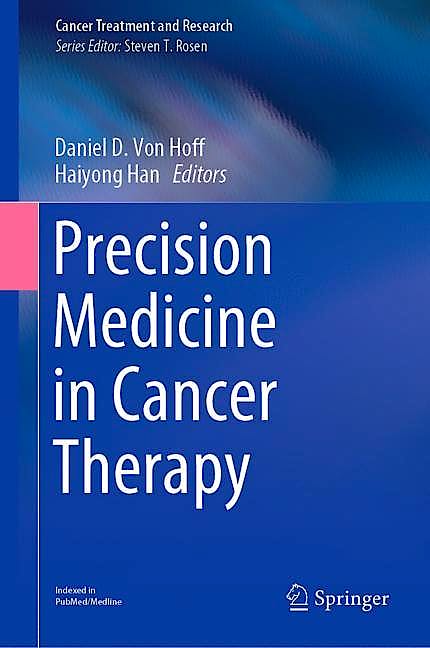 This book presents the latest advances in precision medicine in some of the most common cancer types, including hematological, lung and breast malignancies. It also discusses emerging technologies that are making a significant impact on precision medicine in cancer therapy. In addition to describing specific approaches that have already entered clinical practice, the book explores new concepts and tools that are being developed.

Precision medicine aims to deliver personalized healthcare tailored to a patient's genetics, lifestyle and environment, and cancer therapy is one of the areas in which it has flourished in recent years. Documenting the latest advances, this book is of interest to physicians and clinical fellows in the front line of the war on cancer, as well as to basic scientists working in the fields of cancer biology, drug development, biomarker discovery, and biomedical engineering. The contributing authors include translational physicians with first-hand experience in precision patient care.

Daniel Von Hoff is a physician scientist whose major interest is the development of new anticancer agents, in both clinic and laboratory settings. He played a pivotal role in the development of many of the anticancer agents now being used routinely. He also pioneered the application of genomics profiling in the clinical care of patients with cancer. Dr. Von Hoff is a former member of the FDA's Oncology Drug Advisory Committee (ODAC) and served on President Bush's National Cancer Advisory Board. He is a former president of the American Association of Cancer Research (AACR) and a past member of the Board of Scientific Advisors of the National Cancer Institute, as well as a former board member of the American Society of Clinical Oncology (ASCO).

Haiyong Han is a tumor biologist with a major interest in targeted drug discovery. He has more than 20 years of experience in preclinical drug development for cancers, particularly pancreatic cancer. His major areas of expertise include the identification and validation of drug targets and biomarkers, lead identification and optimization, and preclinical evaluation and development. Dr. Han has published more than 70 peer reviewed articles and was an inventor on 15 patents/patent applications.