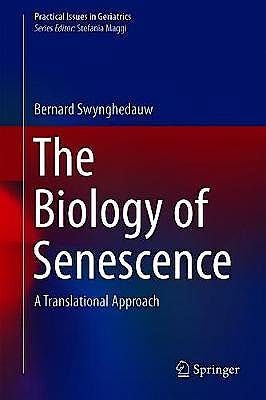 The Biology of Senescence. A Translational Approach (Practical Issues in Geriatrics)

This book describes the fundamental process of senescence, and reviews a new concept developed by a number of research groups that is based on cellular senescence and its secretome. This concept provides a basic explanation of the main physiological and pathological features of senescence, and delineates possibilities for "treating" it.

Following an introduction to the emerging medical landscape, the increasing incidence of a new epidemiological group (age-related "chronic non-transmissible diseases"), and the multiple origins of aging, the book explores and characterizes the senescent cell, which is linked to benign and pathological age-related manifestations. In turn, the closing chapters discuss how to "treat" or "prevent" the aging process, underscoring the central role of physical exercise and caloric reduction as compared to new senolytic approaches. Appendices are also provided, and address circadian rhythms, telomere shortening, diabetic cardiomyopathy, and senescence in plants and bacteria.

Given its scope, the book will primarily be of interest to geriatricians, but will also appeal to a wider range of clinicians.

Bernard Swynghedauw is a former Research Director of the French National Institute of Health and Medical Research (INSERM), Paris, France. In 1974 he became a laboratory director at INSERM and, from 1992 to 1999, served as director of the special course for postgraduate cardiologists and pneumonologists "Biologie et Physiologie de la Circulation et de la Respiration." He currently teaches a course on Cardiovascular Geriatrics at Bicetre Hospital in Paris. He has won a number of prestigious awards (CEDUS in 1996; Peter Debye in 1994, University of Maastricht, NL; Drieux-Cholet in 1996, Academie de Medecine Paris), and is a corresponding member of the French Academie de Medecine, of the Academia Europeae, former member of the Executive Committee of the European Society of Cardiology (ESC), and Past-President of the Federation of European Physiological Societies (FEPS). He has authored several books and numerous articles in prominent international journals.