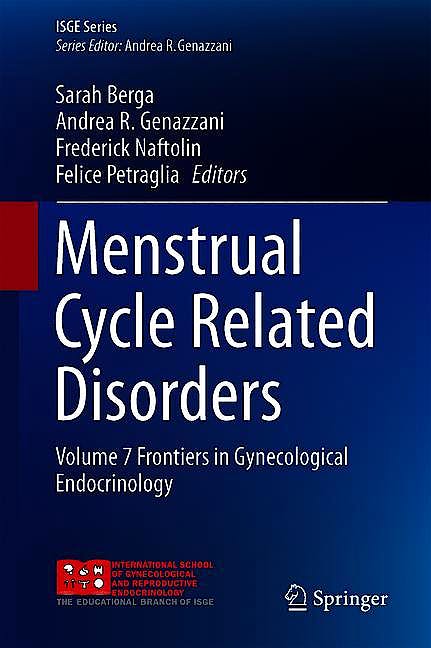 This volume discusses menstrual cycle related disorders, which are a major concern from adolescence to menopause.

Starting from hypothalamic pituitary gonadal axis regulation, it analyzes the characteristics and treatments of hypothalamic amenorrhea and eating disorders, as well as polycystic ovary and adolescent hyperandrogenism. It also examines the importance of body composition and physical performance. The book particularly focuses on the diagnosis of and therapies for hormone-related headaches, the management of trans sexuality in the gynecological outpatient area, dysfunctional uterine bleeding and premature ovarian insufficiency. Further, it analyzes the basic, clinical and therapeutic aspects of endometriosis, as well as the important opportunities that SPRMs (selective progesterone receptor modulators) offer in contraception and fibroid therapy.

This book is a useful tool for gynecologists, endocrinologists and general practitioners, and is a valuable resource for all physicians involved in women's health.

Sarah L. Berga, MD became the Professor and Director of the Division of Reproductive Endocrinology and Infertility (REI) in the Department of Obstetrics and Gynecology at University of Utah Health in April 2018.

Dr. Berga obtained her undergraduate and medical degrees from the University of Virginia and then completed a residency in Obstetrics and Gynecology at Harvard Medical School followed by a fellowship in REI at UCSD. Prior faculty positions include Professor of Obstetrics, Gynecology and Reproductive Sciences and Psychiatry at the University of Pittsburgh Medical Center, Senior Scientist at Magee-Women's Research Institute, and Medical Director of Magee-Women's Clinical Research Center (1988-2003); Professor and Chair of Gynecology and Obstetrics at Emory University (2003-2010) with a secondary appointment in Psychiatry; and Chair of Obstetrics and Gynecology and Executive Director of Women's Health at Wake Forest Baptist Medical Center (2011-2018).

Her research explores neuroendocrine mechanisms mediating stress-induced reproductive compromise and the impact of hormones on brain health delineated by combining neuroimaging with characterization of hormonal and cognitive patterns. She currently serves on the editorial boards of the Journal of Clinical Endocrinology and Metabolism (JCEM), Journal of Obstetrics and Gynecology of Canada (JOGC), American Journal of Obstetrics and Gynecology (AJOG), and Menopause. She also serves as an Associate Editor for Human Reproduction Update (HRU). Awards include the SGI Presidential Achievement Award and the Berthold Medal of the Deutsche Gesellschaft fur Endokrinologie. Past leadership positions include President of SGI (now Society for Reproductive Investigation) and Society of Humanism in Medicine and member of the Board of Directors of Emory Healthcare, University of Pittsburgh Physicians, and American Society of Reproductive Medicine (ASRM). She currently serves on the board of the International Society of Gynecologic Endocrinology and the Board of Trustees of Salem College, the first women's college in America founded in 1772.

Andrea R. Genazzani has been professor and Director of the Department of Obstetrics and Gynecology of the Universities of Cagliari, Modena and Pisa from 1980 to 2012. He is President of the International Society of Gynecological Endocrinology, President of the European Society of Gynecology, General Secretary of the International Academy of Human Reproduction, Chairman of the FIGO Working Group on Post Reproductive Health (FIGO-WGPRH), Fellow ad eundem of the Royal College of Obstetricians and Gynecologists, Fellow at the American College of Obstetricians and Gynecologists. Dr. Genazzani is Editor-in-Chief of Gynecological Endocrinology since 1987. He is author of more than 841 papers in peer reviewed journals and Editor of more than 51 books.

Frederick Naftolin is professor of Obstetrics and Gynecology and director of Reproductive Biology Research, Department of Obstetrics and Gynecology at New York University. His hospital appointments include being an attending physician in Obstetrics and Gynecology at University Hospital UCSD, at Boston Hospital For Women, and at the Royal Victoria Hospital, Montreal. He is a fellow of the American Gynecological and Obstetrical Society, an elected member of the International Academy of Human Reproduction, and member of the Pan American Health and Education Foundation Board of Trustees, and is on the Scientific Advisory Board of the Kronos Longevity Research Institute and the Executive Board of the International Menopause Society. Prof. Naftolin is also on the Editorial Boards of Current Women's Health Reviews, Climacteric, Early Pregnancy, Menopause, and the Journal of the Society for Gynecologic Investigation.