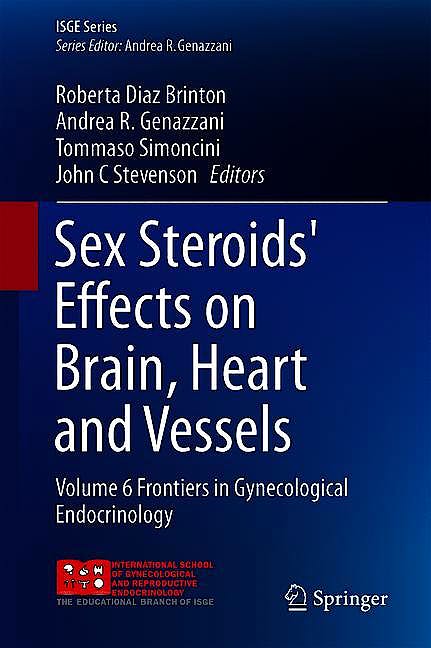 This book analyzes the effects of estrogens and progesterone on brain cells, the immune system, neuro inflammation, myelin formation and steroid receptor distribution, as well as their clinical impacts.

It also explores the relationship between sex-steroid withdrawal and the development of brain symptoms such as hot flushes, sleep disorders, mood changes, depression and also cognitive disorders and dementia, as well as the effects of hormone menopause therapy on such symptoms and diseases.

Starting with obstetrical history and cardiovascular risk in later life, the second part of the book examines the effects of estrogens and progestogens on vascular tissues, atherosclerosis and coronary heart diseases, as well as the impact of hormone replacement therapies on cardiovascular risks and mortality.

This volume is a useful, clear and up-to-date tool for gynecologists, endocrinologists, neurologists and cardiologists, and serves as a valuable source of information for all physicians involved in women's health.

Roberta Diaz Brinton is a leading neuroscientist in the field of Alzheimer's, the aging female brain and regenerative therapeutics. Since 2016 she is director of the Center for Innovation in Brain Science at the University of Arizona Health Sciences. Dr. Brinton is professor of Pharmacology and Neurology at the University of Arizona College of Medicine. Dr. Brinton has more than 200 articles published in peer-reviewed journals and has authored 30 book chapters and invited reviews. She is an internationally recognized neuroscientist with more than 300 invited presentations worldwide. She serves on the advisory boards for the National Institutes of Health, International Society of Gynecological Endocrinology and Alzheimer's Drug Discovery Foundation.

Andrea R. Genazzani has been professor and Director of the Department of Obstetrics and Gynecology of the Universities of Cagliari, Modena and Pisa from 1980 to 2012. He is President of the International Society of Gynecological Endocrinology, President of the European Society of Gynecology, General Secretary of the International Academy of Human Reproduction, Chairman of the FIGO Working Group on Post Reproductive Health (FIGO-WGPRH), Fellow ad eundem of the Royal College of Obstetricians and Gynecologists, Fellow at the American College of Obstetricians and Gynecologists. Dr. Genazzani is Editor-in-Chief of Gynecological Endocrinology since 1987. He is author of more than 841 papers in peer reviewed journals and Editor of more than 51 books.

Tommaso Simoncini, is Full Professor and Head of the Residency Program in Obstetrics and Gynecology, President of the Master's Degree Course in Midwifery at University of Pisa, and Head of the Division of Obstetrics and Gynecology at Pisa University Hospital. Dr. Simoncini leads one of the main Italian centers for the diagnosis and treatment of pelvic organ prolapse and female incontinence and pelvic floor diseases. He is an expert in all the transvaginal surgical reconstructive techniques for pelvic organ prolapse and urinary incontinence. Dr. Simoncini has also a broad interest in gynecologic and reproductive endocrinology and for menopausal medicine, and he belongs to the governing Boards of the main Scientific Societies in this area.

John C Stevenson is Reader in Metabolic Medicine in the National Heart and Lung Institute, Imperial College London, and Consultant Physician at the Royal Brompton Hospital, London, where he jointly established the UK's first Female Heart Disease Clinic, and runs the Royal Brompton Heart Risk Clinics. His expertise is internationally recognized in areas that include metabolic disorders, coronary disease prevention, bone disease and calcium metabolism, menopausal problems and general endocrinology. Dr. Stevenson is in demand as a speaker and chair of international conferences and he has over 400 publications in journals and books, including 11 textbooks.