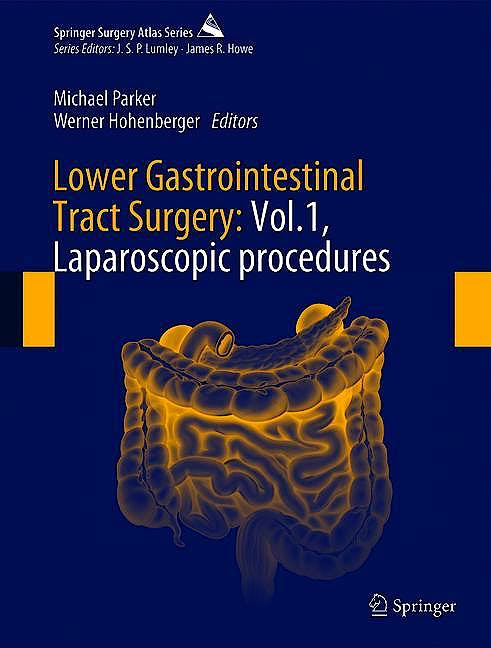 This atlas, containing a wealth of clear operative images, is designed to enable trainee surgeons to visualise the surgical field for procedures specific to laparoscopic colorectal surgery, thereby facilitating understanding and learning of surgical techniques and avoidance of intra- and postoperative complications. Step-by-step guidance is provided for a wide range of procedures employed in patients with benign and malignant tumours, inflammatory bowel disease, diverticular disease, rectal prolapse and other conditions. Examples include right colectomy techniques, sigmoid colectomy, left hemicolectomy, total colectomy, panproctocolectomy, total mesorectal excision, Hartmann's procedure and its reversal and rectopexy. Throughout, meticulous attention is paid to surgical anatomy. Whenever considered necessary, additional line drawings are included to aid comprehension of particular steps in the surgery. Readers seeking to improve their comprehension of surgical anatomy and how to perform these operative procedures will find the atlas to be an unparalleled source of information and assistance. A complementary book from the same authors focuses on open colorectal surgery.

Michael Parker qualified from Westminster Hospital Medical School in 1973. He acquired the FRCS and FRCS(Ed) in 1980 and MS (London) in 1987. A consultant surgeon in a district general hospital for over 20 years with a specialist interest in laparoscopic surgery, Professor Parker is a member of the Court of Examiners of the Royal College of Surgeons of England, past President of the Association of Coloproctology of Great Britain and Ireland, past President of the Surgical Section of the Royal Society of Medicine, past President of the Association of Laparoscopic Surgeons of Great Britain and Ireland, a former Council member of the Royal College of Surgeons of England and a current Trustee of the European Society of Coloproctology. In 2010 he initiated a programme of laparoscopic colorectal training in Denmark and in 2013, after over one hundred visits to Jutland, was conferred with an Honorary Chair from the University of Arhus. This training programme is ongoing in Copenhagen and now also in Sweden. The programme has succeeded in raising the incidence of laparoscopic resection of bowel cancer in Denmark to over 90% which equates to the highest in Europe. Long term outcome results are amongst the best in the world.

Werner Hohenberger is Full Professor of Surgery, University of Erlangen-Nuremberg, Germany and Chair of the Surgical Department at the same university, where he obtained his degree in 1973. Beside his long teaching career, during which he also worked as visiting professor in many universities abroad, such as the Cleveland Clinic, Ohio, USA and the Peking University People's Hospital, China, he has been dedicating great efforts within scientific societies in the field of surgical oncology, which remains his chief clinical interest. He was President of the German Cancer Society, the German Cancer Congress and Member of the Executive Committee of the German Senologic Society.