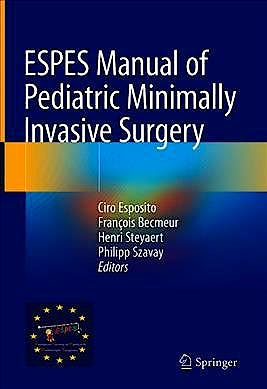 This book is devoted to all the aspects of pediatric minimally invasive surgery and is written under the patronage of the European Society of Pediatric Endoscopic Surgery (ESPES) with the participation of leading international experts on Pediatric MIS. Comprising more than 50 chapters, the book begins with an introductory section describing the general and technical aspects of MIS approaches including laparoscopy, thoracoscopy, retroperitoneoscopy and robotic surgery. The main part of the book is divided into five subsections, each of which focuses on a specific system: thorax, abdomen, urology, gynecology and varia. For each subsection, the book examines several pathologies, accurately describing their clinical and diagnostic aspects and providing detailed information on the operative techniques, tips and tricks used in their treatment. Further, the book addresses potential complications in MIS and better ways to manage and prevent them.

The volume will be of interest for pediatric surgeons, pediatric urologists or other professionals that need to access accurate descriptions of the MIS approaches adopted for the different surgical pathologies. At the same time, it addresses the needs of novices, including trainees, looking for general information on the management of the various diseases encountered in the pediatric population.

Prof. Ciro Esposito is Chief of the Pediatric Surgery Unit at the University of Naples Federico II, and Director of the Pediatric Surgery Training Program at the same University; he is also Director of the Training Courses in Pediatric MIS at the Center of Biotechnology, Cardarelli Hospital, Naples, Italy, President of the European Society of Pediatric Endoscopic Surgery (ESPES), past President of the Italian Society of Videosurgery in Infancy (SIVI), and Honorary Member of the French Academy of Surgery. he has published more than 350 papers in the field.

Prof. Henri Steyaert is Head of the Department of Pediatric Surgery and Urology at Queen Fabiola Children's University Hospital of the Universite Libre de Bruxelles (ULB) and Leader Expert of Pediatric MIS. Member of several pediatric surgical associations - the IPEG; ESPES; EUPSA; SFCP, he is President Elect of the ESPES and Past President of the French association of Pediatric Minimal Invasive Surgery (GECI). His fields of interest are: laparoscopy, endoscopy, robotics, fetal surgery and pediatric urology.

Prof. Dr. Philipp Szavay is currently Professor of Pediatric Surgery and Head of the Department of Pediatric Surgery at the Children's Hospital in Lucerne, Switzerland. He is a member of several pediatric surgical associations - IPEG, ESPES, EUPSA, ESPU, as well as the German and the Swiss Society of Pediatric Surgery. As for the IPEG he serves as the European representative in the Executive Board. He has a strong focus on surgical education especially in the field of minimally invasive techniques and directed numerous national and international courses respectively such as for IPEG, ESPES, EUPSA, ESPU, IRCAD and others. His fields of interest are laparoscopy, thoracoscopy and pediatric laparoscopic urology.