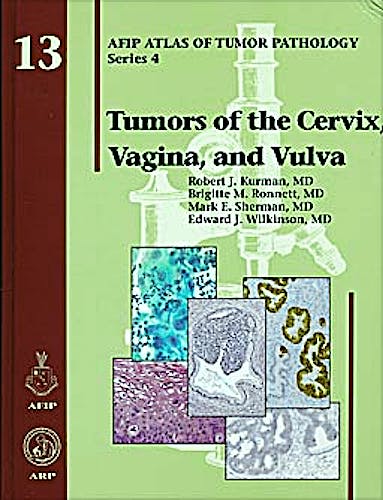 The advances in the field of cervical, vaginal, and vulvar pathology since the publication of the last edition of this fascicle in 1992 have been remarkable, and the progress that two of the authors (Robert Kurman and Edward Wilkinson) have witnessed since they were first introduced to the field in the 1970s has been stunning. The convincing efficacy of the recently developped prophylactic vaccines in preventing HPV infections and cervical cancer precursors based on cytologic and morphologic provides undeniable evidence of the early causal role of the virus in the pathogenesis of cervical neoplasia. Examination of the trajectory of this extraordinary achievement highlights the significant contributions made by a number of disciplines, including molecular biology, epidemiology, and pathology. The publication of this fascicle marks the transition in diagnosis of lower genital tract lesions from a largely morphologic activity to one based upon integrated assessment using microscopy and molecular biology. Furthermore, the ability to integrate these diagnostic approaches with clinical data for patient management has been heightened. The introduction of vaccination in the community also thrusts pathology into a new unprecedented public health role with regard to disease monitoring, which will likely expand over time. Finally, the realization that cervical cancer is becoming increasingly preventable, carries with it both a sense of accomplishment and the recognition that this must nox be translated into achievable goal of cancer prevention in underdevelopped nations. There are a number of significant changes in this edition of the Fascicle that are worthy of mention. Although the text has remained concise in order to maintain the primary function of the Fascicle as an atlas rather than a comprehensive textbook, it has been substantially updated to reflect the changes in the field as noted above. In this regard, the number of illustrations, all of which are in color, has almost doubled. Both the text and the photomicrographs amphasize the importance of immunohistochemistry and molecular in situ hybridization as adjuncts to morphology in routine clinical diagnosis. Athough HPV infection was a separate chapter in the previous edition, it has been greatly expanted and updated in the present edition. A binary (low-grade and high-grade squamous intraepithelial lesion) classification for histology, analogous to TBS for cytology, replaces the four-tiered dysplasia/CIS system and the three-tiered CIN system.