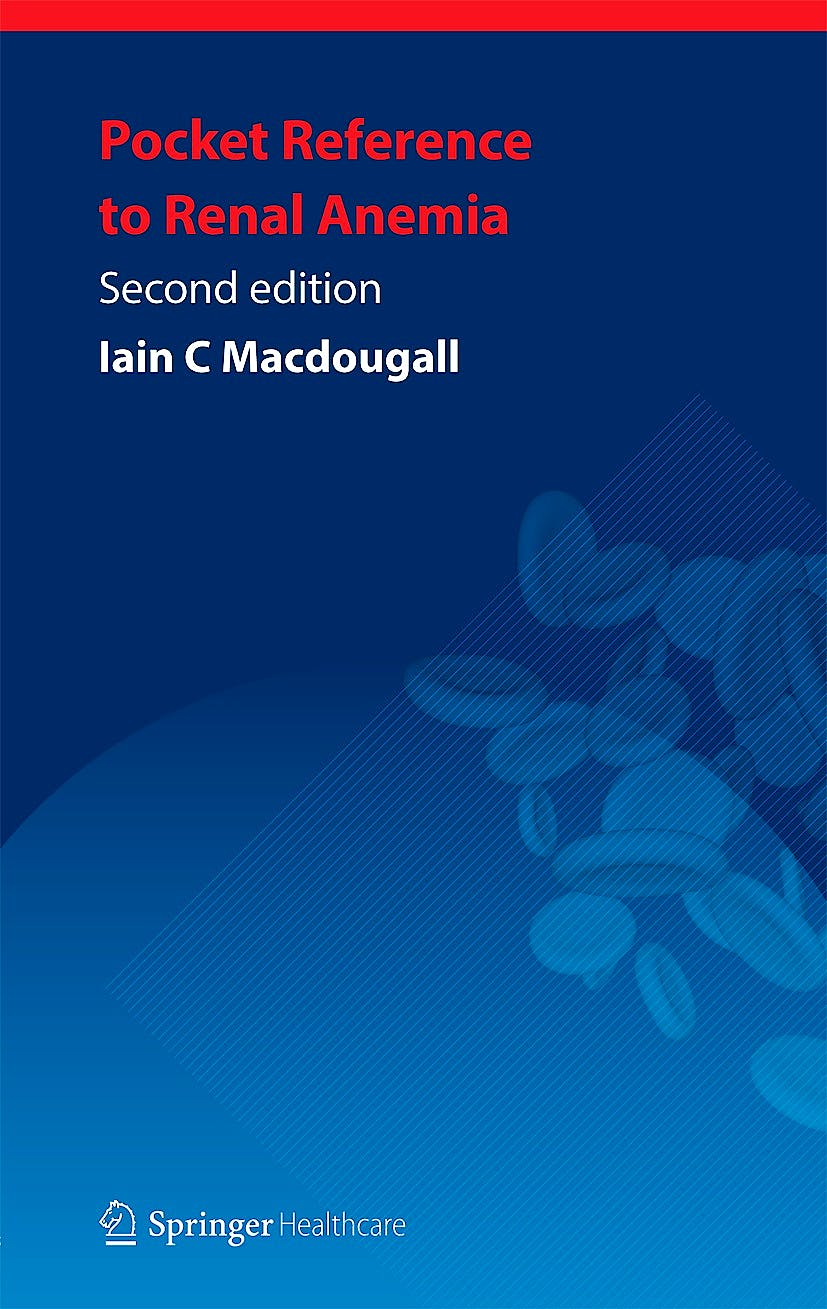 Pocket Reference to Renal Anemia, Second edition, provides a comprehensive overview of anemia in patients with renal disease, including the definition and causes of renal anemia, current management approaches, and the latest clinical practice guidelines. Key learning points are highlighted throughout the book and also listed at the end of the book for a quick reference. The book is useful for general physicians, fellows, and other healthcare professionals wishing to learn more about renal anemia.

Iain C Macdougall is Consultant Nephrologist (from January 1996) and Professor of Clinical Nephrology (from September 2010) at King’s College Hospital, London. His undergraduate training was obtained from Glasgow University, Scotland, from which he was awarded a First Class Honours BSc in Pharmacology in 1980, and his medical degree in 1983. Professor Macdougall then completed his general medical and nephrology training at hospitals in Glasgow, Cardiff, and London. He developed a research interest in renal anemia while a clinical research fellow in Cardiff (1988–1991) and extended this interest during his appointment at St Bartholomew’s Hospital (1991–1996), where he studied the potential role of proinflammatory cytokines in mediating resistance to epoetin. Professor Macdougall has been involved in numerous advisory boards in renal anemia management worldwide, including the Working Parties responsible for both the 1999 and the 2004 versions of the European Best Practice Guidelines, along with the Work Group that produced the US KDOQI Guidelines on Renal Anemia Management (2006; update 2007) and the recently published global KDIGO Anemia Guidelines (August 2012). He was a previous board member of the KDIGO initiative, and a council member of the European Renal Association from 2004 until 2007. He has been the UK lead on several pivotal clinical trials of anemia management in patients with chronic kidney disease, including CREATE and TREAT, and he chairs the Anaemia Clinical Study Group of the UK Kidney Research Consortium. He is frequently invited to lecture both nationally and internationally on this topic, and he has coauthored the section on renal anemia for the last three editions of the Oxford Textbook of Clinical Nephrology.