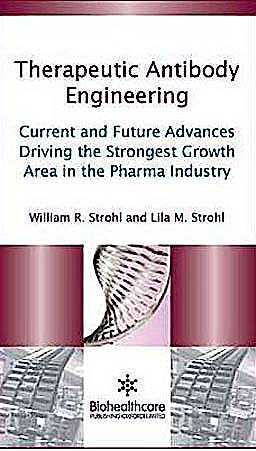 This book examines all aspects of engineering monoclonal antibodies to make more competitive antibodies and how the various genetic engineering approaches will affect candidates of the future.

Currently, there are more than 300 new therapeutic monoclonal antibody candidates in clinical trials crossing several therapeutic areas. Many of these target the same molecules, making for a highly competitive environment going forward. For example, there are more than eight known candidates targeting the receptor IGF1-R for oncology indications. It has become apparent that for candidates such as these to win in the upcoming crowded marketplace, they must be clearly differentiated from their competitors. Thus, the field of antibody engineering has once again become a vital and integral part of making new, improved, 'next-generation' therapeutic monoclonal antibodies that have properties better than those already on the market.

• This key book goes beyond the standard engineering issues (ADCC, CDC, half-life engineering, etc) that are covered by most books and delves into structure- function relationships that will help to evolve new antibody structures beyond those already in clinical trials
• Also discusses how current and future genetic engineering of cell lines will pave the way for much higher productivity, allowing for an overall decrease in cost-of-goods
• Highlight the successes, failures, and competition in the antibody engineering field from a completely neutral standpoint

Dr William R. Strohl is Vice President, Biologics Research, J&J Biotechnology Center of Excellence. He has a long and distinguished academic career. From 1980 to 1997 he rose from Assistant to Full Professor in the Department of Microbiology and the Program of Biochemistry at The Ohio State University, Columbus, OH. Dr Strohl moved to Merck in 1997. From 2001 to 2008, Dr Strohl was a leader in MerckÃ?Â¯Ã?Â¿Ã?Â½s efforts to develop therapeutic monoclonal antibodies, as well as in-licensing of therapeutic targets and technologies associated with monoclonal antibodies. As part of this effort, Dr. Strohl was the scientific leader in the acquisition and integration of Abmaxis and GlycoFi into the Merck Biologics organization. In April, 2008, Dr. Strohl was named leader of Antibody Drug Discovery at Centocor (J&J). With evolution of biologics at Johnson & Johnson to serve additional therapeutic areas beyond Immunology and Oncology, Dr Strohl was recently named as VP and Head, Biologics Research, in the newly formed J&J Biotechnology Center of Excellence. Dr Strohl has over 100 publications and several patents, and has edited two books.