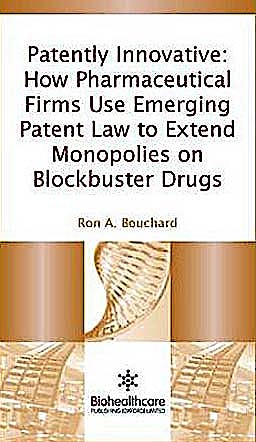 The availability of generic and brand-name drugs worldwide is a function of a combination of traditional patent law incentives and emerging 'linkage regulations', which legally tie brand and generic drug approval to drug patents through mandatory litigation for generic firms. Together, these systems of intellectual property law operate to shape the marketplace for brand and generic pharmaceuticals, and thus determine the costs of public and private drug expenditures and access to essential medications in developed and developing nations.

The patent monopoly system has been in operation for about 500 years, with early patent laws in Italy and the United Kingdom. By contrast however, the linkage regime has only been in existence for 25 years following passage of the Hatch Waxman Act in the United States in 1984. By 2010, we were witnessing a global spread of the linkage regime stimulated in part by multilateral Free Trade Agreements with the United States and the European Union, which typically oblige participating nations to incorporate linkage provisions in exchange for preferential trade terms. Moreover, there appears to be movement afoot to broaden the concept of linkage outside the drug approval process to include that between patent rights and international trade regulation. Therefore, linkage regulations in respect of pharmaceuticals are emerging as a key driver of public health costs on the global stage.

This book provides a review of the importance of traditional patent law and emerging linkage regulations for pharmaceutical products on the global stage, with a focus on the linkage regime in Canada. The primary focus is on how innovation in the pharmaceutical sector can be strongly regulated and how government regulation can either stimulate or inhibit development of breakthrough products.

The work focuses on assessment of empirical data pertaining to: firstly, how linkage regulations, which legally tie drug patenting to drug approval for both brand-name and generic pharmaceutical firms can be used by sophisticated drug companies to substantially extend monopoly protection on blockbuster drugs; and, secondly, how incentives provided by government to stimulate pharmaceutical innovation can antecedently shape the rate and direction of innovation by firms in a manner opposite to that intended as a result of unintended consequences. Particular attention is given to data relating to trends in the development of 'new' and 'follow-on' drugs and the relation of these trends to the institution of reforms in drug law and patent law intended to stimulate innovation

The book is directed towards: practising lawyers in global pharma, biotech and IP sectors; the judiciary hearing linkage regulations cases, scholars of patent law, food and drug law, and economics of innovation; government bodies administering or considering bringing in linkage regulations and those administering public and private pharmaceutical expenditures, and non-government organisations (such as WHO, WTO, and OECD). Public health commentators will also find the book informative

Dr Ron Bouchard is a lawyer and professor of law and medicine. His career has focused on the science, law, policy, regulation and commercialization of medical research, and strategic planning for commercialization of innovative technologies. He began his career as a scientist, obtaining a doctorate and working in the field of ion channel biophysics and Ca2+ imaging. He shifted focus to obtain a law degree specializing in pharmaceutical and biotechnology law and has been involved in the prosecution, acquisition, financing, distribution and litigation of intellectual property rights. D. Bouchard has appeared before the Federal Court of Canada and the Supreme Court of Canada on pharmaceutical matters. He consults with firms, universities, governments and international organizations on legal, regulatory and policy issues. He has worked with the Canadian government on its drug approval, public private partnership and commercialization initiatives. His scholarly work has been funded by federal and provincial funding agencies and private endowments, and has been recently cited before the Supreme Court of Canada. He is published in the basic sciences as well as literature relating to the law, policy and regulation of biomedical science. Dr Bouchard leads a research laboratory which conducts empirical and theoretical research on innovation and intellectual property and regulatory rights relating to therapeutic products