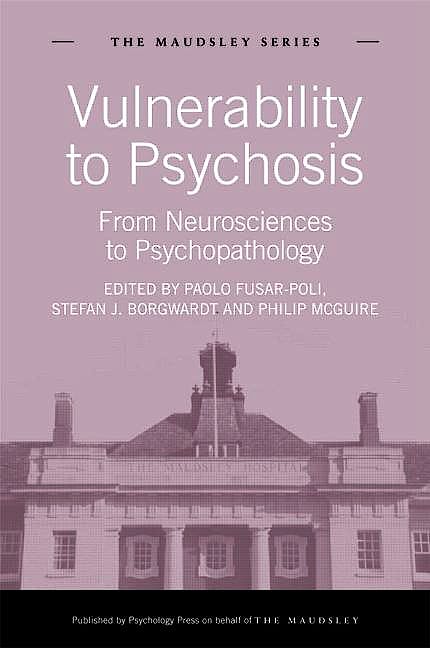 Vulnerability to Psychosis: From Neurosciences to Psychopathology (The Maudsley Series)

Early clinical intervention in psychosis is now a major objective of mental health services and the development of specialist intervention services has greatly facilitated research on the early phases of this disorder.

In this book, contributors provide a review of the neurobiological research in people at high risk of psychosis, focusing on the transition from being at a high risk state to their first episode. Contributors consider unaffected family members and twin studies as well as the individual’s data before and after the onset of the illness. The environmental factors that contribute to a psychotic episode are also examined.

Vulnerability to Psychosis presents neurobiological findings in the context of what is now known about the psychopathology and cognitive impairments that are evident in people at high risk of psychosis. It will be essential reading for clinicians working with this client group, and will interest academics looking for state of the art information in this field.