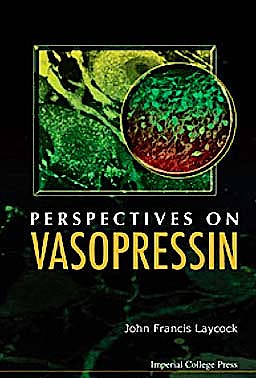 Vasopressin is a hormone which has an increasingly important profile. Not only does it play a physiologically significant role in renal water regulation but it also has other renal actions and plays a role in overall cardiovascular control. Even more interesting is the recent growing interest in its potential effects on the brain, notably its influence on specific behaviours.

This monograph about the polypeptide vasopressin covers all aspects relating to the production, control of release, and actions of this molecule within the body, including its roles as a hormone and as a central neurotransmitter. A consideration of the evolution of the molecule across the species and a brief historical perspective are also included. Clinical conditions associated with hypo- and hyper-production states are considered together with aspects of treatment, in addition to other clinical correlates.

Readership: Academics, researchers, and postgraduates in the field of endocrinology.