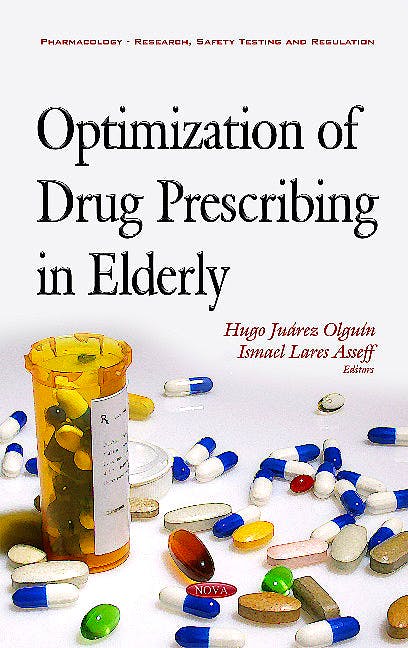 Optimization of Drug Prescribing in Elderly

This book offers a set of chapters which describes the procedure for drug treatment of the principal diseases that older people suffer from. In the pharmacological concept, it has been established that pharmacokinetics is the most useful strategy to determine the prime schedule of different medications for seniors. These strategies can be applied in a clinic or nursing home as well as in a home. The initial chapter describes optimising this technique, continuing with a description of the most common illnesses due to old age. The next chapter discusses deep concepts of pharmacokinetics. Afterwards, some examples of pharmacokinetics studies are described. The text finishes with a description based on previous studies about the patterns of drug consumption in older individuals. The authors hope this material can be useful first to aid the elderly population and can motivate the investigation of pharmacokinetic studies, since this material is lacking in the global context.