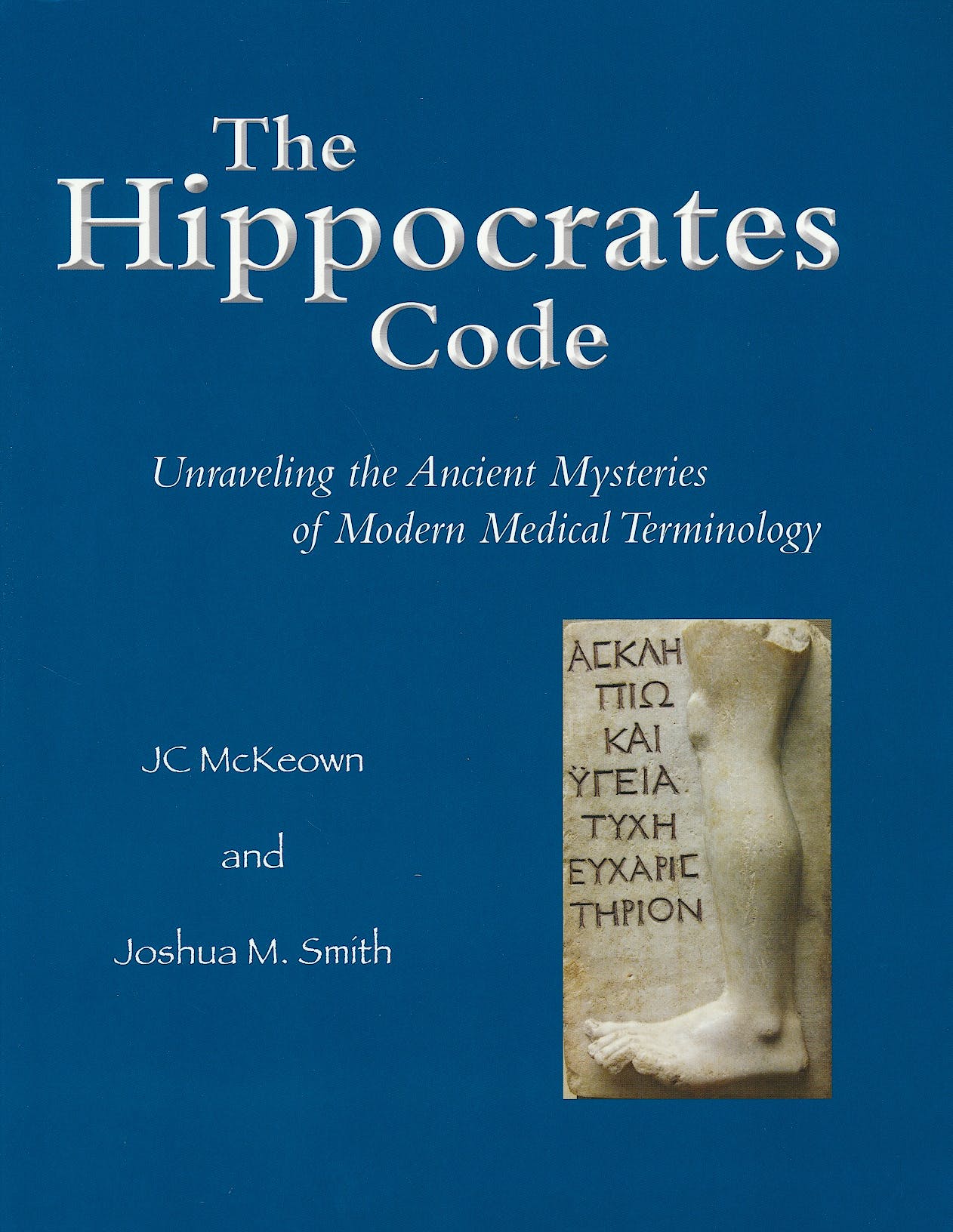 In this book lies a key for decoding modern medical terminology, a living language that, despite some quirks, is best approached as an ordered system. Rather than presenting a mere list of word elements to be absorbed through rote memorization, The Hippocrates Code offers a thorough, linguistically-centered explanation of the rules of the terminological game, both for the language of medicine and for scientific vocabulary in general. Its careful exposition of Latin and Greek linguistic principles—along with a healthy dose of innovative exercises—empowers students to successfully employ the word elements that are the building blocks of modern medical terminology. Along the way, fascinating discussions of the practice of medicine in the ancient world provide an integral aid to the understanding of medical vocabulary. Code-breakers drawn to language, history, and medicine will be as stimulated as they are enlightened.

"Innovative, well-conceived, and with real pedagogical, intellectual, and historical value—a very rare combination of merits in the ocean of available options for teaching medical terminology. An additional advantage of the book is the engaging, down-to-earth style of presentation. The abundance of curious facts about ancient medical practice and modern day references will appeal to the savvy and to-the-point pre-med student who does not have much time for highfalutin speech but is nevertheless hungry for new, less well-known information. Wholeheartedly recommended."
—Svetla Slaveva-Griffin, Dept. of Classics, Florida State University

"A magnificently rich, diverse and often surprising linguistic, cultural and historical vade mecum for anyone interested in the roots of our medical world and its terminology. It should be a must for all doctors."
—Peter Jones, in Classics for All