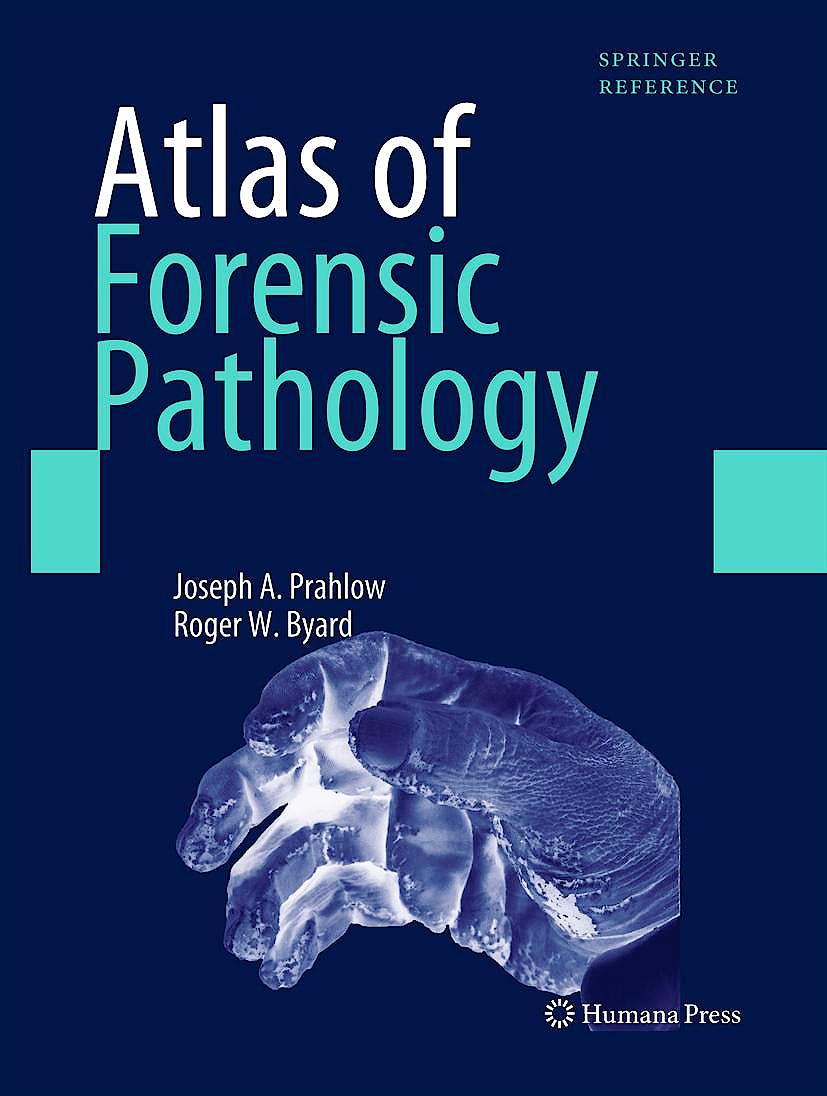 The Atlas of Forensic Pathology for Police, Forensic Scientists, Attorneys and Death Investigators is a Major Reference Work that is specifically is designed for non-pathologists who normally interact with forensic pathologists. Chapters 1 through 6 will provide background information regarding medicine, pathology, forensic pathology, death investigation, cause, manner and mechanism of death, death certification, and anatomy and physiology. The next 3 chapters will deal with general topics within forensic pathology, including the forensic autopsy, postmortem changes and time of death, and body identification. Chapters 10 through 20 will detail the major types of deaths encountered by forensic pathologists, including natural deaths, drug/toxin deaths, blunt force injuries, gunshot wounds, sharp force injuries, asphyxia, drowning, electrocution, temperature-related injuries, burns and fires, and infant/childhood deaths. The final chapter will include brief descriptions dealing with various miscellaneous topics, such as in-custody deaths, homicidal deaths related to underlying natural disease, and artifacts in forensic pathology. This atlas differs from competition in that no atlas currently exists that address material for non-pathologists (detectives, forensic entomologists and pathologists), who normally interact with forensic pathologists. The book will present such images that are or interest to not only forensic pathologists but also of interest to odontology, anthropology, crime scene investigators, fingerprints specialists, DNA specialists and entomologists, etc. The competing atlases present images of interest mostly to medical examiners, forensic pathologists and pathologists and consist mostly of wounds, and trauma with some coverage of diseases. The color photographs will come from the collection of over 50,000 slides in the Adelaide Australia collection and some 100,000 slides from the collection compiled by Dr. Prahlow that includes slides from Cook County, Indianapolis, and North Carolina.

Roger Byard Professor Roger Byard is currently the Marks Professor of Pathology at the University of Adelaide, and Senior Specialist Forensic Pathologist at Forensic Science SA in Adelaide, Australia. He is also a pediatric pathologist. Prof Byard qualified in medicine in Australia in 1978 (University of Tasmania, MBBS) and obtained a Canadian medical qualification in 1982 (LMCC). He holds fellowships in Anatomical Pathology in Canada (FRCPC), the United States (FCAP), the United Kingdom (FRCPath) and Australia (FRCPAHon). He was a Foundation Member of the Australian College of Legal Medicine and is a Foundation Fellow of the Faculty of Forensic Medicine of the Royal College of Physicians (FFFLM). He has also obtained a certification in Family Medicine with the Canadian College of Family Physicians (CCFP). He has two higher degrees: a Doctor of Medicine (MD) and a Master of Medical Science (MMedSci), both from the University of Adelaide.. Prof Byard has published or has in press over 460 papers in peer-reviewed journals, many of which deal with natural, accidental and homicidal causes of sudden death. He has also presented or coauthored over 300 papers that have been presented at national and international meetings. He has written a text on sudden childhood death and has coedited a text on sudden infant death syndrome (SIDS) and the four volume Encyclopedia of Forensic and Legal Medicine. He is Editor-in Chief of the international journal Forensic Science Medicine and Pathology. Joseph A. Prahlow, MD Dr. Prahlow is a Forensic Pathologist at the South Bend Medical Foundation and a Professor of Pathology at Indiana University School of Medicine - South Bend at the University of Notre Dame, in South Bend, Indiana. He received his undergraduate education at Valparaiso University, attended medical school at Indiana University, completed his pathology residency at Wake Forest University in Winston-Salem, North Carolina, and participated in a forensic pathology fellowship at the University of Texas-Southwestern Medical Center in Dallas, Texas. He is Board-Certified by the American Board of Pathology in Anatomic, Clinical, and Forensic Pathology. His professional interests include teaching as well as presenting and publishing forensic pathology research. He has published more than 70 peer-reviewed manuscripts in medical/scientific journals, was an assistant editor for one forensic pathology textbook, editor for another, and recently authored a text entitled Forensic Pathology for Police, Death Investigators, Attorneys, and Forensic Scientists. Dr. Prahlow has presented research at numerous national meetings, and he has been an invited speaker to a variety of local, state, national, and international meetings. Dr. Prahlow is active in a number of professional organizations, including the National Association of Medical Examiners, the American Academy of Forensic Sciences, the College of American Pathologists, and the American Society for Clinical Pathology. In his free time, Dr. Prahlow enjoys family life with his wife and 5 children.