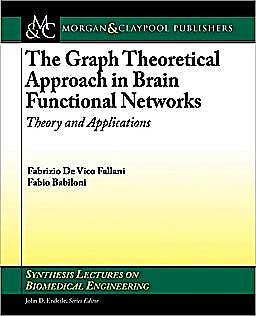 The present book illustrates the theoretical aspects of several methodologies related to the possibility of i) enhancing the poor spatial information of the electroencephalographic (EEG) activity on the scalp and giving a measure of the electrical activity on the cortical surface. ii) estimating the directional influences between any given pair of channels in a multivariate dataset. iii) modeling the brain networks as graphs. The possible applications are discussed in three different experimental designs regarding i) the study of pathological conditions during a motor task, ii) the study of memory processes during a cognitive task iii) the study of the instantaneous dynamics throughout the evolution of a motor task in physiological conditions. The main outcome from all those studies indicates clearly that the performance of cognitive and motor tasks as well as the presence of neural diseases can affect the brain network topology. This evidence gives the power of reflecting cerebral "states" or "traits" to the mathematical indexes derived from the graph theory. In particular, the observed structural changes could critically depend on patterns of synchronization and desynchronization - i.e. the dynamic binding of neural assemblies - as also suggested by a wide range of previous electrophysiological studies. Moreover, the fact that these patterns occur at multiple frequencies support the evidence that brain functional networks contain multiple frequency channels along which information is transmitted. The graph theoretical approach represents an effective means to evaluate the functional connectivity patterns obtained from scalp EEG signals. The possibility to describe the complex brain networks sub-serving different functions in humans by means of "numbers" is a promising tool toward the generation of a better understanding of the brain functions.