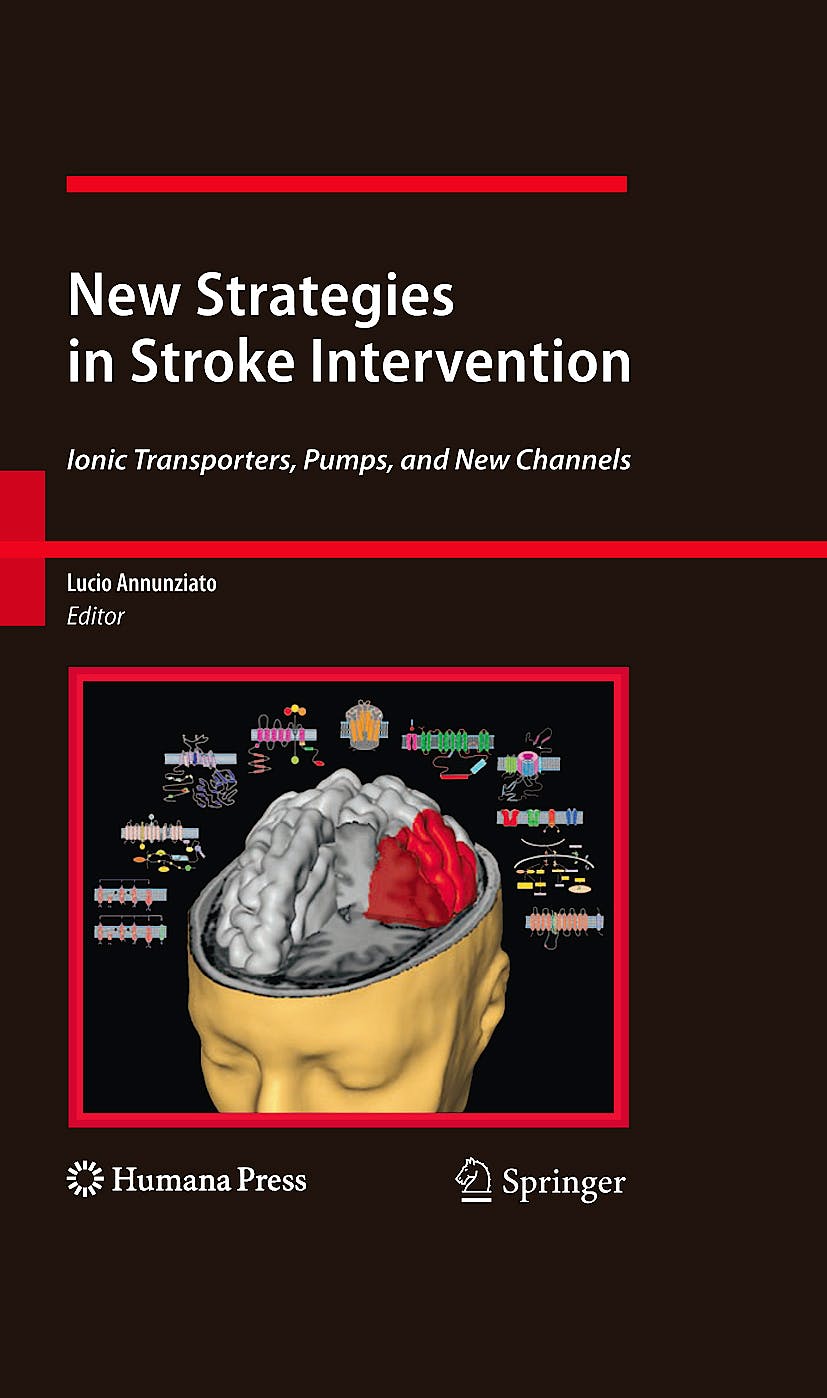 Ischemic brain damage represents a major source of morbidity and mortality in westernized society and poses a significant financial burden on the health care system. To date, few effective therapies have been realized to treat stroke and promising avenues have not proven clinically useful. Recent evidence, however, suggests that channels, pumps, and ionic exchangers are involved in CNS ischemia and ischemic stroke, but the potential contribution of these channels for curing stroke is far less understood than for many other normal and pathological conditions. New Strategies in Stroke Intervention: Ionic Channels, Pumps, and Transporters analyzes the roles played by targets in stroke development and the potential action of drugs modulating these proteins. This book provides a groundbreaking review of these ionic channels, pumps, and transporters as regulators of neuronal ionic homeostasis, providing a better understanding of ischemic brain disorders and the new pharmacological avenues for a cure. It will be a useful tool for researchers working in this field, and any student interested in the physiological, pathophysiological, and pharmacological features of stroke damage.

Lucio Annunziato is a professor of pharmacology in the School of Medicine at the University of Naples ‘‘Federico II’’, Italy. He is coordinator of the University's neuroscience Ph.D. program and director of the Department of Neuroscience. He is also the president elect of the Italian Society of Neuroscience. Dr. Annunziato has authored more than 150 full papers and his scientific interest is mainly devoted to the molecular pharmacology of plasma membrane transporters and ionic channels involved in the pathophysiology of stroke. Most of his recent papers have appeared in the most qualified international journals in the field of ischemic neurodegeneration.