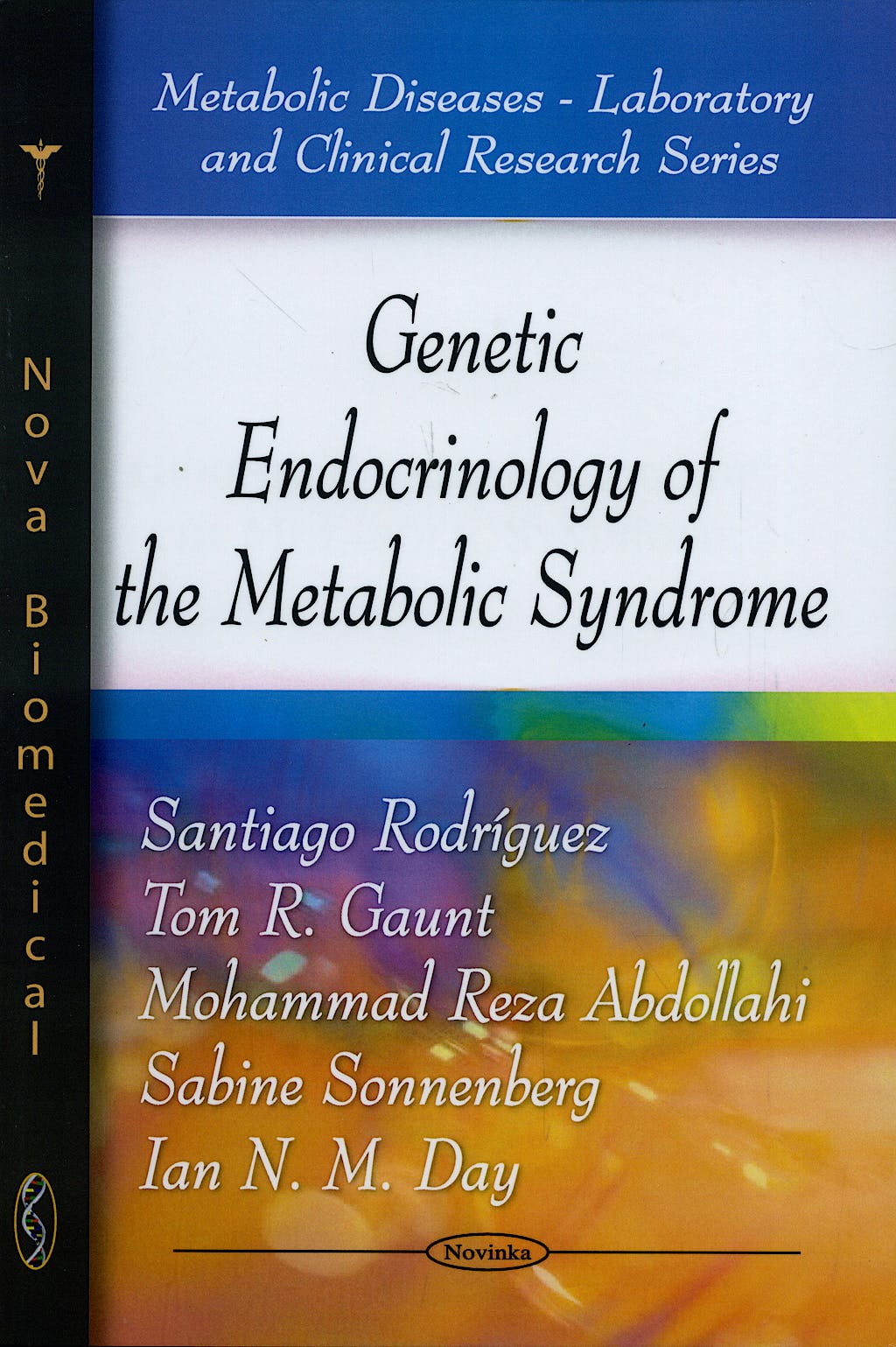 Genetic Endocrinology of the Metabolic Syndrome

Cardiovascular disease and mortality risk are significantly increased in people with metabolic syndrome, a cluster of interrelated metabolic disorders including obesity, insulin resistance, glucose intolerance, dyslipidemia and hypertension. A complex interplay between predisposing and protective factors ultimately determines whether an individual will develop this set of disorders or not. Genetic factors are one of the significant contributors that predispose to, or protect against, each component of the metabolic syndrome. As in other complex diseases and traits, such genetic factors are likely to be multiple and interacting, with individual polymorphisms producing only a moderate effect. The identification of genetic variants influencing the metabolic syndrome is of great importance to understanding pathogenesis, identifying groups of individuals with different relative risk, and developing or improving therapies against this cluster of metabolic disorders. This has greatly stimulated both theoretical and applied genetic research in recent years. A range of new analytical tools has been developed for the dissection of complex traits. Applied genetic analyses have identified large numbers of candidate markers and chromosomal regions (more than 600 for obesity, which represents only one of the disorders of this cluster). In this chapter, the authors present a basic overview of the genetic approaches currently used for the identification of candidate genetic factors involved in the metabolic syndrome. The authors also summarise current evidence suggesting that genetic variants within elements of the endocrine system are directly involved in the risk of the metabolic syndrome. The authors focused their attention on endocrine pathways for which candidate genetic variants have been identified, and they introduced the foundations of a new hypothesis which postulates the involvement of a network of endocrine genetic setpoints as a combined contributor to the risk of the metabolic syndrome.