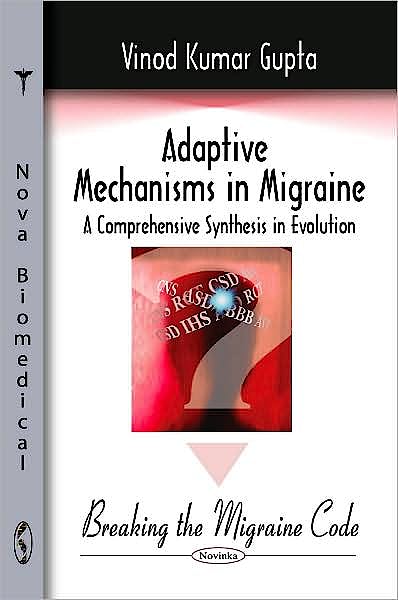 Migraine has evolved into a giant puzzle and its literature comprises a vast loosely-linked enterprise challenging human problem-solving capacity. There is no central idea in migraine to elaborate a general theory which in turn could ultimately lead to creation of a unifying hypothesis that collects the various strands of evidences into a coherent and logically defensible intelligible synthesis. Current pathogenetic concepts of migraine, in particular cortical spreading depression (CSD), do not focus on the precise onset of the attack. Neither the aura nor the headache represents the true beginning of a migraine attack. The primary or causal physiological alteration underlying migraine lies in the 'pre-prodromal' phase, the variable interim between exposure to the headache-provoking stimulus or situation and the onset of the migraine prodrome. The migraine prodrome itself can last several hours to a few days. Since CSD is believed to underlie both the migrainous scintillating scotoma as well as the headache, it cannot be regarded as an early or initial 'pre-prodromal' physiological event. The biology of migraine is not the study of laboratory 'markers' but the elucidation of physiological forces (trait and/or state factors) that push (precipitate) or pull (predispose) patients towards aura/headache or aura/headache-free state. The pathophysiology of migraine has been hitherto confined to analyses of diverse precipitating and remitting factors and uncertain postulations about recorded laboratory aberrations into presumptive causal algorithms. The key cranial physiological system involved in migraine remains unidentified. Migraine attacks occur during stress and, more commonly, after cessation of stress. The author has earlier proposed that a physiological neuroendocrine 'system' comprised of well-regulated parallel activation of the vasopressinergic, intrinsic brain serotonergic, and intrinsic brain noradrenergic systems constitutes an important adaptive mechanism that governs vascular integrity, antinociception, behaviour and overall function during stressful occasions, including migraine attacks. Such a conceptual template can be used to segregate the vast phenomenology of migraine into primary pathogenetic or secondary non-pathogenetic divisions; non-pathogenetic migrainous phenomena can be further subdivided into adaptive and concomitant (epiphenomenal) physiological events. Nausea and/or vomiting, facial pallor, Raynaud's phenomenon, episodic daytime sleepiness, and relative hypotension (both spontaneous as well as induced by prophylactic anti-migraine pharmacologic agents) likely reflect the non-pathogenetic (adaptive or epiphenomenal) clinical components of migraine. The pathophysiological basis of aura/headache and nausea/vomiting of migraine is very unlikely to be identical. Exogenous magnesium does not readily cross the intact blood-brain barrier and decreases the permeability of the blood-brain barrier. Magnesium depletion appears to serve an important adaptive function; its utility in migraine management is not convincing. Magnesium depletion, platelet activation, peripheral alterations in serotonin and catecholamine metabolism, hyper-responsiveness of brain noradrenergic, serotonergic, vasopressinergic, and dopaminergic systems, parasympathetic nevous system activation, pupillary miosis, and cutaneous allodynia probably represent some of the secondary adaptive physiological mechanisms operative in migraine. A critical or central role for brain neuronal involvement in migraine pathogenesis appears unikely as established migraine preventive agents like atenolol, nadolol, and verapamil do not readily cross the intact blood-brain barrier or influence brain neuronal function. Antidepressants, including amitriptyline, induce brain noradrenergic and serotonergic hyperfunction, rendering highly unlikely that such brain states underlie migraine. Elucidation of adaptive physiological mechanisms in migraine can rationalise important epidemiological, clinical, and pharmacological features and sow the seeds for evolution of an integrative synthesis which process, in turn, might herald the creation of a comprehensive thought framework and research vision for migraine.