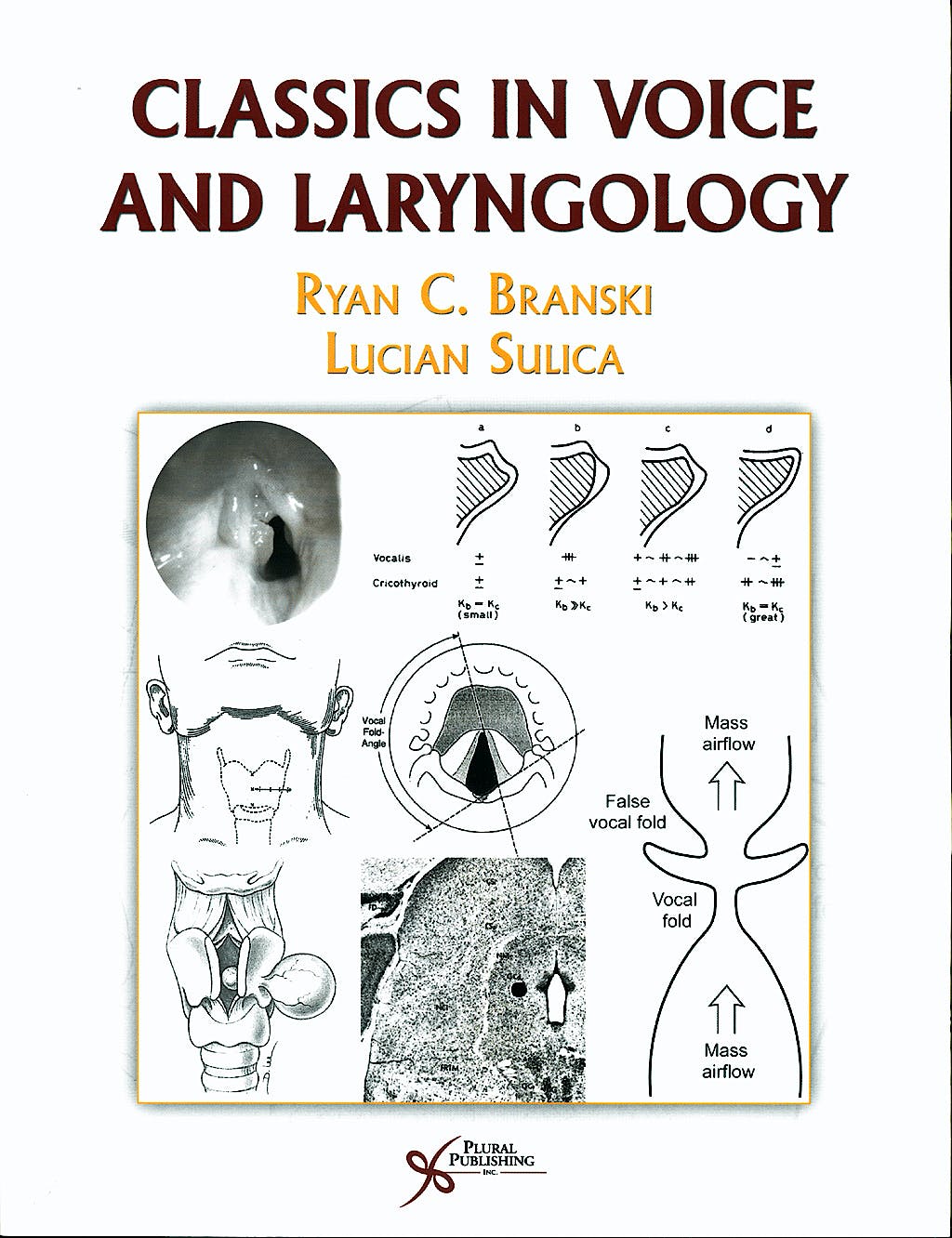 Classics in Voice and Laryngology

A superb collection of carefully selected, reprinted articles classified into fifteen subject groups – from laryngeal framework and endoscopic surgery, through anatomy, to clinical voice disorders and therapies, and more – each of which includes a commentary by leading contemporary professionals.

The editors recognize that the field of laryngology and voice represents a small niche within the small niche of otolaryngology. As such, it is unlikely that works seminal to the advancement of the field will ever be recognized in the context of science, in general. However, many publications have significantly altered the way voice production is conceptualized as well as shifted treatment paradigms for patients with voice disorders. Thus, in bringing this collection together for the first time, they have admirably achieved their threefold aim: to recognize great contributions to the field; to provide a written history of the field; and to provide a compilation of landmark manuscripts in the field of laryngology and voice science for both current clinician-scientists as well as future contributors to the field.

Ryan C. Branski, Ph.D. is Assistant Attending Scientist in Head and Neck Surgery at Memorial Sloan-Kettering Cancer Center and Assistant Professor of Otorhinolaryngology at the Weill Cornell Medical College. Dr. Branski runs an active research program investigating the cellular dynamics of vocal fold injury and repair. His other research interests include neuroimaging of speech and voice and the impact of voice disorders on quality of life.

Dr. Branski is Associate Editor of the Journal of Speech, Language, and Hearing Research and is on the editorial board of the Journal of Voice. He is an active member of the Voice Foundation and the Wound Healing Society and is the past recipient of the Advancing Academic and Research Career Award in addition to receiving the Award for Early Career Contributions to Research, both from the American Speech-Language-Hearing Association.

Dr. Lucian Sulica is Associate Professor of Otorhinolaryngology and Director of Laryngology/Voice Disorders at Weill Cornell Medical College and New York Presbyterian Hospital in New York City. In addition, he serves as consultant to several training programs, both in the vocal arts and speech-language pathology. His practice is limited to voice disorders, with a special emphasis on care of the performing voice in New York’s demanding and multifaceted arts community. His research interests center on neurologic voice disorders, including vocal fold paralysis and microsurgical treatment of vocal cord lesions. In addition to his Plural publications and many research articles, he is the author of the book Vocal Fold Paralysis, and maintains www.voicemedicine.com, an informational website on voice disorders for patients and medical professionals. He has lectured extensively in the United States and abroad and has been elected to membership in the American Bronchoesophagological Society, the New York Academy of Medicine, and the New York Laryngological Association.