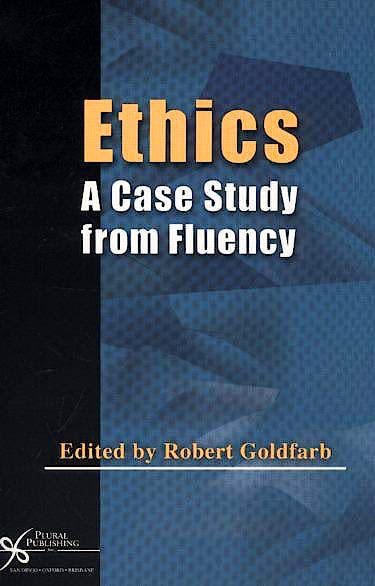 Ethics. a Case Study from Fluency

Recent media attention to a 1939 master's thesis that has become known as the Tudor study prompted Dr. Goldfarb and others to revisit the ethical consideration of this study as a means of exploring ethical issues in clinical and research practices today.

Over sixty years ago, under the supervision of Wendell Johnson (one of the founders of the science of speech-language pathology), graduate student Mary Tudor conducted a study to examine the effect of verbal labeling on the frequency of disfluency in both children who stuttered and children who were fluent. The subjects came from an orphanage in Davenport, Iowa. Johnson’s and Tudor’s findings—that they were allegedly able to induce stuttering in normally fluent children—supported their hypothesis, but have also raised serious ethical concerns.

In this book, Dr. Goldfarb has gathered the leading authorities in stuttering and, together, they investigate the Tudor study and, more broadly, ethics in scientific research, diagnosis, and treatment in the field of communication sciences.

Students and clinicians alike will find the accounts within this book engaging, stimulating, and ultimately relevant.

· Research in Stuttering at the University of Iowa Circa 1939.
Oliver Bloodstein

· Appendix: The ASHA Code of Ethics