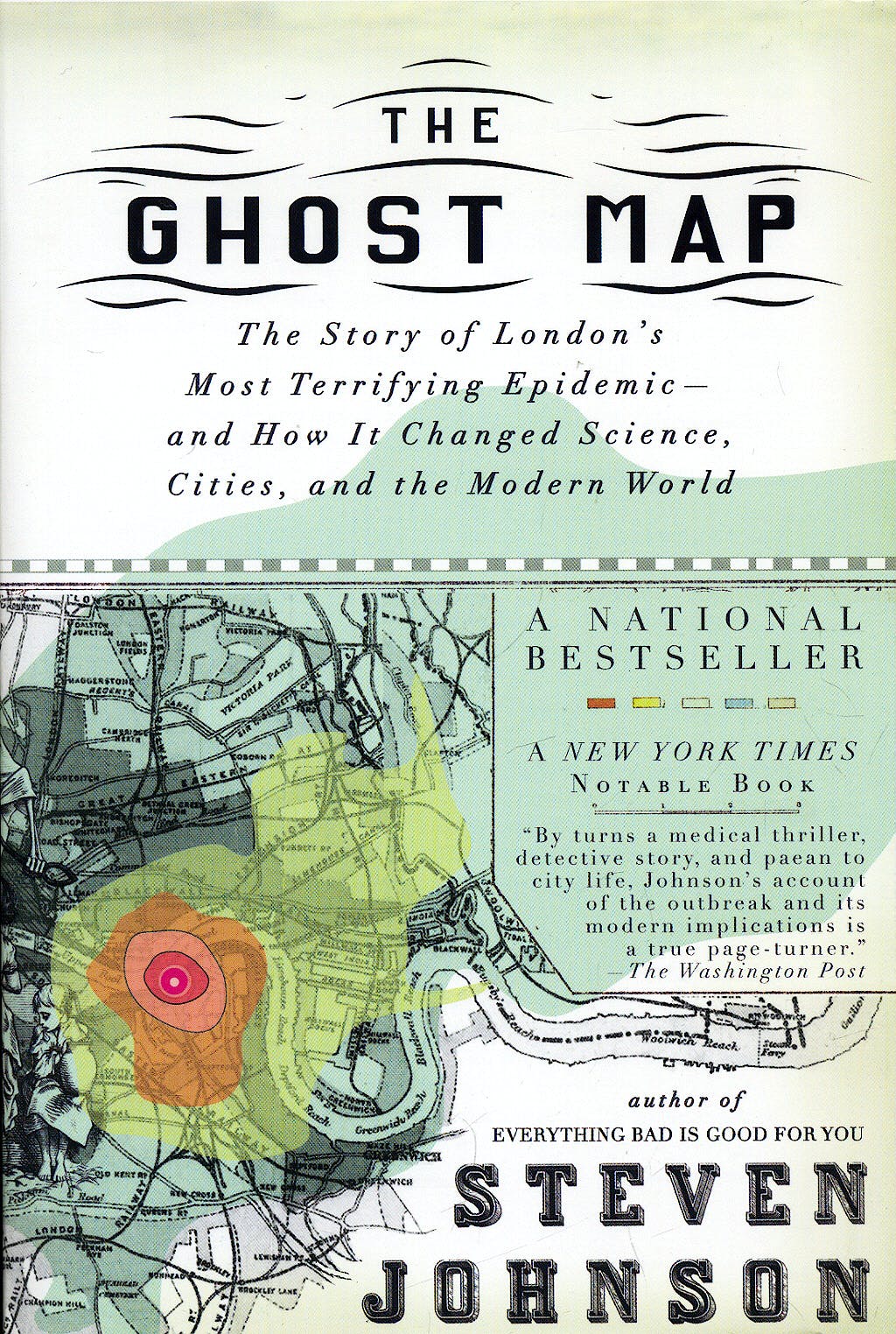 The Ghost Map: The Story of London's Most Terrifying Epidemic--and How It Changed Science, Cities, and the Modern World

This is a story with four protagonists: a deadly bacterium, a vast city, and two gifted but very different men. One dark week a hundred fifty years ago, in the midst of great terror and human suffering, their lives collided on London's Broad Street, on the western edge of Soho.

This book is an attempt to tell the story of that collision in a way that does justice to the multiple scales of existence that helped bring it about: from the invisible kingdom of microscopic bacteria, to the tragedy and courage and camaraderie of individuals lives, to the cultural realm of ideas and ideologies, all the way up to the sprawling metropolis of London itself. It is the story of a map that lies at the intersection of all those different vectors, a map created to help make sense of an experience that defied human understanding. It is also a case study of how change happens in human society, the turbulent way in which wrong or ineffectual ideas are overthrown by better ones. More than anything else, though, it is an argument for seeing that terrible week as one of the defining moments in the invention of modern life.