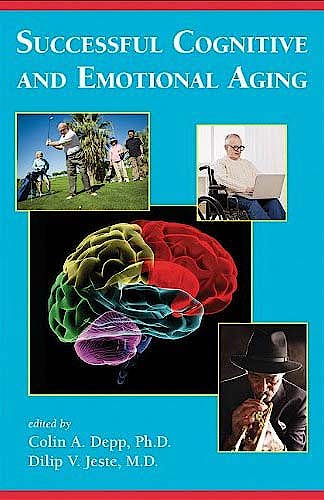 The critical importance of brain health to the well-being of older adults is becoming increasingly clear. However, an important aspect that interests most people relates to what clinicians and their adult patients and family members can do to retain and even improve cognitive and emotional functioning as they age. Successful Cognitive and Emotional Aging thoroughly discusses the neuroscience of healthy aging and presents effective strategies for staying lively, engaged, and positive.

The book is organized into three parts. The first one, focusing on behavioral and psychosocial aspects, strives to place cognitive aging in a broad context. With chapters that explore such topics as the meaning of wisdom, the role of spirituality in healthy aging, and what centenarians can teach us about cognition and emotion, this section sets the stage for a rich, robust, yet nuanced treatment of its subject. The second part addresses the biological aspects and presents the scientific foundations of cognitive aging, as well as reviews the research on the role of factors such as stress, resilience, and diet. Finally, the third section addresses prevention and intervention strategies in a practical, down-to-earth fashion, addressing questions such as “What environments encourage physical activity?” and “How can we promote resilience?”

Several features of the book are especially noteworthy:

As the baby boomers reach what used to be considered “old age,” the demand for evidence-based strategies for retaining and improving cognition will only increase. Fortunately, as the editors note, it is never too early or too late to start working toward the goal of improving brain health.

"Successful Cognitive and Emotional Aging is a fascinating, informative, and compelling read that presents a broad based approach to cognitive and emotional aging—and the timing couldn’t be better as baby boomers are poised to “come of age”. Chapters, which cover behavioral and psychosocial, biological and prevention and intervention strategies, are authored by experts in the field and are cutting edge, well-written, and well documented. The final chapter, a summary of the book, contains many useful recommendations."—Kathleen C. Buckwalter, Ph.D., RN, FAAN, Sally Mathis Hartwig Professor of Gerontological Nursing Research, Director, The University of Iowa John A. Hartford Center of Geriatric Nursing Excellence

"Depp and Jeste’s book is a brilliant account of successful cognitive and emotional aging. The focus on success, and on success in particular in cognitive and emotional realms, is a most welcome departure from accounts focusing on pathology. Jeste and Depp have enlisted foremost experts on behavioral and psychosocial aspects of aging, biological aspects, and prevention and intervention strategies, with each chapter not only laying out the most recent research, but also summarizing with key points and recommended reading. This book will be of great use not only to geriatric researchers, but also to practicing doctors and other clinicians who treat a geriatric population. Indeed, the book, written in a clear and accessible way, might appeal to a general public that is keenly interested in successful aging. Likely to be a key text on successful aging for many years to come a real tour de force."—Elyn R. Saks, J.D., Orrin B. Evans Professor of Law, Psychology, and Psychiatry and the Behavioral Sciences at the University of Southern California Gould School of Law; Adjunct Professor of Psychiatry at the University of California, San Diego, School of Medicine

Colin A. Depp, Ph.D., is Assistant Professor of Psychiatry and Faculty Member of the Sam and Rose Stein Institute for Research on Aging at the University of California, San Diego and Instructor in the Department of Gerontology at San Diego State University in San Diego, California.

Dilip V. Jeste, M.D., is Estelle and Edgar Levi Chair in Aging, Director of the Sam and Rose Stein Institute for Research on Aging, and Distinguished Professor of Psychiatry and Neurosciences at the University of California, San Diego, in La Jolla, California.