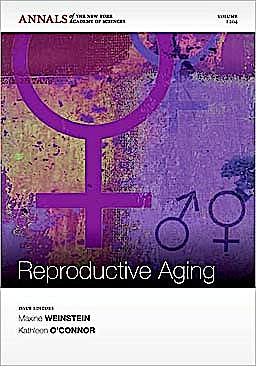 The Biodemography of Reproductive Aging

Aging, reproductive physiology, demography, evolutionary biology, endocrinology, and epidemiology – just to name a few – are all disciplines that are actively looking at similar phenomena. Aging and reproductive aging are inextricably linked. This volume brings together these wide ranging elements in a single forum and provides an important point of reference that can permeate borders that are often strenuously “defended” by journals and seldom breached. This volume is specifically designed to build bridges across disciplinary geographies.

Humans are living longer. Globally, expectation of life nearly doubled during the 20th Century; in most of the developed world, it rose by about 30 years to a value of nearly 80. No evidence, however, suggests that reproductive aging – at least in women – has been postponed: age at menopause appears to have remained constant at approximately 51 years. Women are now spending a significantly greater proportion of their lives post-reproductively than they did in the past.

The growing awareness that menopause is now occurring at an earlier stage in our overall lifespan has not only focused attention on the health-related consequences of reproductive aging, but has also prompted increased attention to the links between mechanisms underlying reproductive aging and more general aging processes.

Theoretically-grounded empirical research on aging and reproduction has been facilitated by recent data collection initiatives in both human and non-human species. Recent improvements in characterizing the endocrinology of the pre-, peri- and post-menopause, documentation of relationships among age patterns of reproduction and mortality, and significant advances in understanding the pathways and mechanisms of aging provide an opportunity to integrate the theoretical architecture and the empirical lines of research that connect aging and reproduction. The chapters in this volume will lay out the architecture, recent findings, and ongoing questions.