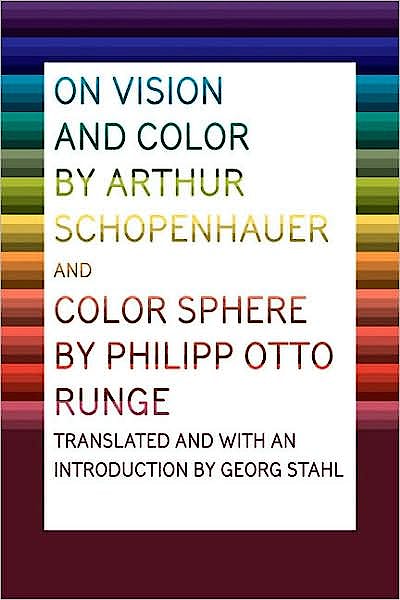 On Vision and Colors + Color Sphere

Schopenhauer, A. and Otto Runge, P.

During the first two decades of the nineteenth century, two of the most significant theoretical works on color since Leonardo da Vinci's Trattato della Pittura were written and published in Germany: Arthur Schopenhauer's On Vision and Colors and Philipp Otto Runge's Color Sphere. For Schopenhauer, vision is wholly subjective in nature and characterized by processes that cross over into the territory of philosophy. Runge's Color Sphere and essay "The Duality of Color" contained one of the first attempts to depict a comprehensive and harmonious color system in three dimensions. Runge intended his color sphere to be understood not as a product of art, but rather as a "mathematical figure of various philosophical reflections."

By bringing these two visionary color theories together within a broad theoretical context—philosophy, art, architecture, and design—this volume uncovers their enduring influence on our own perception of color and the visual world around us.

This translation is the result of a long time research on the influence of Schopenhauer's color theory on the philosophy and early polychrome work of the Dutch architect Gerrit Rietveld (1880-1964) for which he worked as an apprentice architect. Stahl is retired and resides in Chicago.