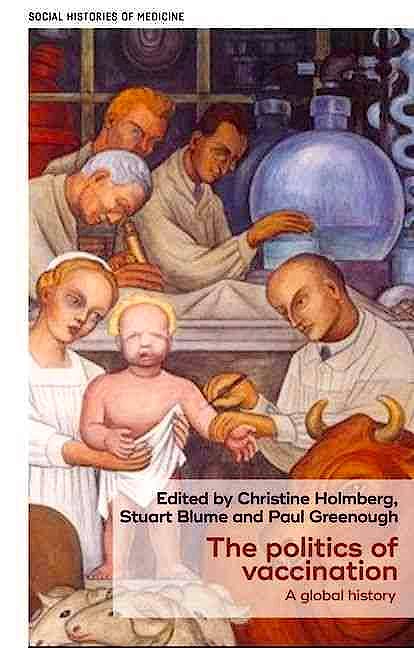 The Politics of Vaccination. A Global History

Mass vaccination campaigns are political projects that presume to protect individuals, communities, and societies. Like other pervasive expressions of state power - taxing, policing, conscripting - mass vaccination arouses anxiety in some people but sentiments of civic duty and shared solidarity in others. This collection of essays gives a comparative overview of vaccination at different times, in widely different places and under different types of political regime.

Core themes in the chapters include immunisation as an element of state formation; citizens' articulation of seeing (or not seeing) their needs incorporated into public health practice;allegations that donors of development aid have too much influence on third-world health policies; and an ideological shift that regards vaccines more as profitable commodities than as essential tools of public health.