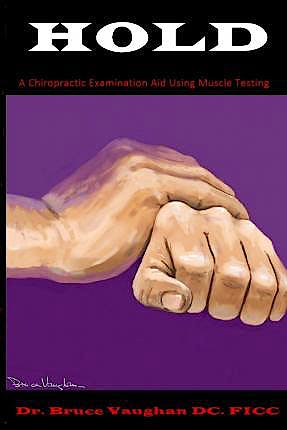 This book HOLD, outlines a set of muscle testing procedures that can help a chiropractor in his day-to-day evaluation of patients' conditions. The protocol described stemmed from the author's need to assess the progress of his patients during the period of treatment. It is important to know what needs to be done today and what should be left alone to heal. What a patient says about his condition or progress can sometimes be misleading, the chiropractor needs to know the real situation. Muscle tests can, if done properly, get to the truth of the matter, quickly and easily. These tests do not replace a diligent examination, especially with a new patient or a patient who has returned with a new condition. They are a complementary additional tool in the toolbox and can sometimes lead the practitioner to an otherwise missed condition. The author has used these tests for the last thirty years, he uses them on every patient every visit; he does not claim to have invented muscle testing, but has learnt from others along the way. SOT and AK have been particularly helpful. This is a book that every chiropractor should have as a reference and as a useful tool. Doctors who are new to muscle testing will find the descriptions of each test easy to follow and if used, to be a useful addition their daily routine.

Dr. Bruce Vaughan DC, FICC. Bruce lives in Hong Kong, although originally from the UK. He was the Founding President of the Hong Kong Chiropractors Association in 1967. He served in that position throughout the often-difficult times in the profession's struggle to gain status, which successfully ended with the first Asian country to get legal status. He also has considerable experience on the world front, having been involved with the World Federation of Chiropractic since its inception in 1988: (Was WFC President 2000-2002). Prior to becoming a chiropractor Bruce Vaughan spent some exciting years in the fifties on the open ranges in Brazil working as a cowboy/assistant manager for a British company and then went to Malaya where he became a rubber planter. An accident in Malaya led to his final change of career as a chiropractor. Bruce received his Doctor of Chiropractic Degree (DC) from Palmer College of Chiropractic USA in 1966. He has practiced as a chiropractor in Hong Kong since 1966 and is now senior partner of Drs. B.S.Vaughan & Associates (Chiropractors). He was the first Chairman of the Chiropractors Council (HK), (1993 - 2002). In recent years Bruce has become an author; books published: - Brazilian Saddle Sores Rabid Dogs in the East Regenesis A Matter of Face The Basic Approach to SOT.