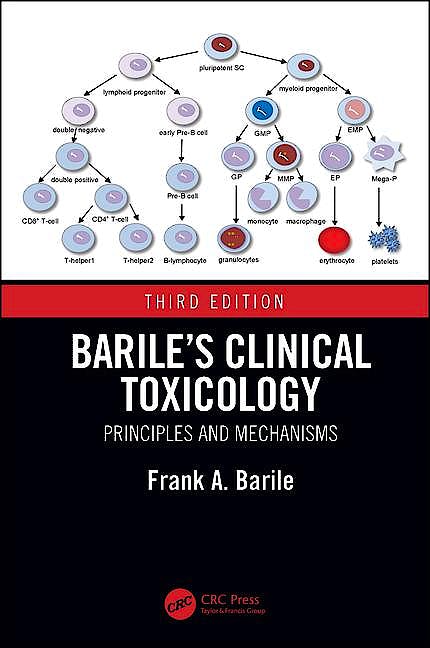 Examines the complex interactions associated with clinical toxicological events as a result of therapeutic drug administration or chemical exposure. Special emphasis is placed on signs and symptoms of diseases and pathology caused by toxins and clinical drugs. Includes the source, pharmacological and toxicological mechanism of action, detection and identification in body fluids, and treatment of exposure. An overview of protocols for managing various toxic ingestions, and the antidotes and treatments associated with their pathology, are discussed. In addition, effect of toxins on a limited number of body systems and drug-induced adverse drug reactions are also covered.

Dr. Barile holds memberships in the U.S. Society of Toxicology, the American Association for the Advancement of Science, and the New York Academy of Sciences. He was elected President of the In Vitro & Alternative Methods Specialty Section of the U.S. Society of Toxicology (2005-2008) and was recently elected VP-elect for the Dermal Toxicology Specialty Section (2013-2014). He is the recipient of the U.S. Public Health Service Medallion from the Director of the NIEHS, Dr. Linda Birnbaum (June, 2009).

Dr. Barile is the Chairman of the Department of Pharmaceutical Sciences (serving 36 faculty) and also serves on the editorial boards of Toxicology In Vitro (2007-present) and J. Pharmacological & Toxicological Methods (2008-present). He is currently Editor-in-Chief of Toxicology In Vitro (2012-present). He continues fundamental research on the cytotoxic effects of environmental chemicals on cultured human and mammalian embryonic stem cells.