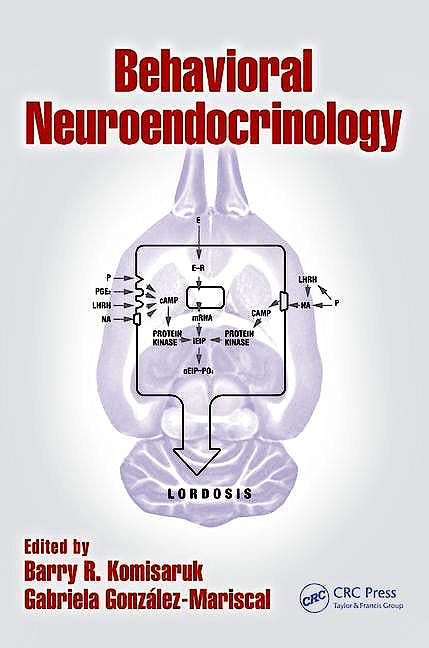 Inspired by Carlos Beyer’s 50 years of pioneering research and influence on his students and colleagues, Behavioral Neuroendocrinology builds upon Beyer’s fundamental discoveries and concepts as well as their widespread implications. It presents original research and reviews on mechanisms — genomic and non-genomic — of steroid and protein hormone action; the role of steroid metabolism, especially aromatization, protein phosphorylation, and neurotransmitter action in mediating reproductive behavior and sexual differentiation; and brain and spinal cord mechanisms in sexual behavior and analgesia.

This book presents a rich diversity of topics — lactation, maternal behavior, pheromone action, chronobiology, allodynia, angiogenesis, prostate physiology, sexual motivation, and specific brain systems, including vomeronasal system, cerebellum, preoptic area, hypothalamus, and spinal cord. This book brings together, in one source, an international "family" of researchers whose work has evolved in diverse but related ways from a seminal set of discoveries and concepts in behavioral neuroendocrinology.

Pioneering Studies on the Effects of Steroid Hormone Metabolism on the Brain and Behavior
María Luisa Cruz, Miguel Cervantes, and Gabriela Moralí

Neuroendocrine and Behavioral Role of the Medial Preoptic Area in Rabbits: Recollections of Collaboration with Carlos Beyer
Anders Ågmo and Knut Larsson

Neuroendocrine and Molecular Aspects of the Physiology and Pathology of the Prostate
María Elena Hernández, Gonzalo E. Aranda-Abreu, and Fausto Rojas-Durán

He has served as a Program Director at the National Institutes of Health, on the Psychobiology Review Panel at the National Science Foundation, and as Associate Editor on the Journal of Sexual Medicine and Sexual Medicine Reviews. His research firsts includeidentification of brain regions activated during orgasm in women, the role of the Vagus nerves in conveying genital sensation in women with severed spinal cord, and the phenomenon and mechanism of the pain-blocking action of vaginal stimulation. The research has been funded by grants from the NIH, NSF, and State and private foundations and resulted in over 160 research and 3 books, including "The Science of Orgasm," and "The Orgasm Answer Guide" co-authored with Carlos Beyer, Beverly Whipple, and Sara Nasserzadeh, published in 7 languages. He has shared the Hugo F. Beigel Research Award in Sexuality and the Bullough Award of the Foundation for the Scientific Study of Sexuality and supervised the doctoral dissertations of 26 PhDs and 20 postdoctoral scholars.

Gabriela González-Mariscal graduated in Mexico City from the Metropolitan Autonomous University (B.S. in Biology, 1978), the National Autonomous University of Mexico (Master in Science, 1982) and the Center for Research and Advanced Studies of the NationalPolytechnic Institute, CINVESTAV, (PhD in Physiology, 1990). As Full Professor and current Director of the Center for Research in Animal Reproduction (CINVESTAV-Autonomous University of Tlaxcala) her main area of research is the neuroendocrine regulation of sexual and maternal behavior in rabbits, which has been funded by NIH, National Council of Science and Technology (Mexico) and CINVESTAV. She is particularly interested in connecting Behavioral Neuroendocrinology with Animal Science, especially in rabbits. She has been Section Editor in Animal: International Journal of the Biosciences and in World Rabbit Science and she also serves on the Editorial Boards of Developmental Psychobiology and Hormones and Behavior.