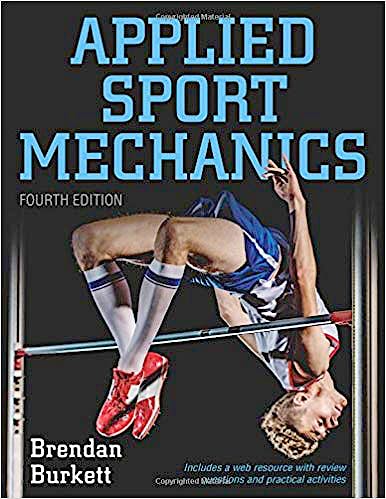 Part I. Foundations of Movement in Sports

Part II. Putting Your Knowledge of Sport Mechanics to Work

Chapter 12. Identifying and Correcting Errors in Sport Skills
Step 1: Observe the Complete Skill
Step 2: Analyze Each Phase and Its Key Elements
Step 3: Use Your Knowledge of Sport Mechanics in Your Analysis
Step 4: Select Errors to Be Corrected
Step 5: Decide on Appropriate Methods for the Correction of Errors
Summary
Key Terms
References

Appendix. Units of Measurement and Conversions
Glossary
Index
About the Author

What’s New
This latest edition builds on the success of the previous editions (formerly titled Sport Mechanics for Coaches), and offers much new material:

To make the text applicable for teaching, it also includes a full ancillary package including an instructor guide with a sample syllabus, suggested learning activities, and lecture aids; a test package approximately 20 questions per chapter; and a presentation package plus image bank with ready-made presentations that instructors can use as is or modify to suit their needs.

Content Organization
Part I, which houses the first 10 chapters or 10 weeks, focuses on the fundamentals of sport mechanics. Major topics covered include the anatomy and fundamentals of sport mechanics, linear motion and linear kinetics in sport, angular motion and angular kinetics in sport, stability and instability, sport kinetics, and moving through fluids.

Part II, which contains the final three chapters, helps students apply the information they learned in part I. Chapters 11 and 12 explain how to observe and analyze an athlete’s technique and how to correct errors. Students learn how to break a skill into phases and what to look for in each phase. They also learn the mechanical principles that will help them correct the errors. Chapter 13 explores mechanics in a range of sport skills and techniques, including sprinting, jumping, swimming, lifting, throwing, and kicking. Students learn that technique and mechanics are inseparable.

The chapters also contain two helpful types of sidebars: At a Glance sidebars summarize difficult content with bulleted lists, and Application to Sport sidebars bring concepts to life, showing how they work in sport.

Go-To Resource
This fourth edition of Applied Sport Mechanics is a highly practical text, destined to be the go-to biomechanics and sport mechanics resource for instructors and professionals alike in kinesiology and sport related fields.

Brendan Burkett, PhD, is a professor at the University of the Sunshine Coast in Queensland, Australia. He received his undergraduate and master’s degrees in engineering and attained his doctorate in biomechanics. Burkett’s teaching specializations are biomechanics, sport coaching, and performance enhancement. His research revolves around technology developments in human health and performance, and he has written more than 150 peer-reviewed articles and 180 conference publications for journals in sport science, biomechanics, and coaching.