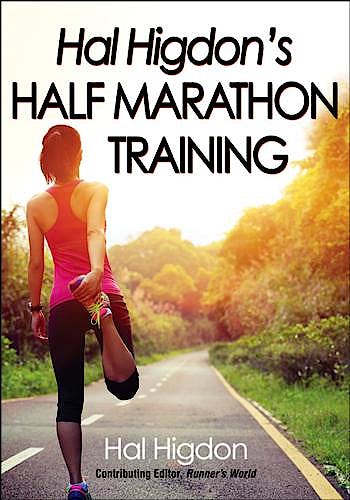 Hal Hidgon’s name is synonymous with running. As contributing editor of Runner’s World and best-selling author, he has helped countless runners achieve their distance goals. Now, he’s created the definitive guide on today’s most popular distance, the 13.1-mile half marathon.

Hal Higdon’s Half Marathon Training is everything you wanted to know about running the half marathon, including where to begin, what to focus on, how to pace yourself, how to avoid injury, how to track your progress, how to stay the course, and how to improve. Whether this is your first or fiftieth half marathon, there is a plan for you.

Inside you’ll find more than XX customizable programs, ranging from novice to advanced (you’ll even find a walking-only plan), as well as proven strategies, race-day tips, and motivation from half-marathoners around the globe. From day 1 to mile 13.1, Hal will guide, encourage, and pace you to your goal.

Other guides might help you complete the half, but only one will introduce you to the joys of running. Hal Higdon’s Half Marathon Training is a book you’ll return to for guidance and inspiration for a lifetime of running.

Hal Higdon has contributed to Runner's World for longer than any other writer. An article by Hal appeared in that publication's second issue in 1966. Author of more than 36 books, including the best-selling Marathon: The Ultimate Training Guide (Rodale, 2011), 4:09:43: Boston 2013 Through the Eyes of the Runners (Human Kinetics, 2014), and RunFast (Rodale, 2000). Higdon has also written books on many subjects and for various age groups. His children's book The Horse That Played Center Field was made into an animated feature by ABC TV.

He ran eight times in the Olympic Trials and won four World Masters Championships. One of the founders of the Road Runners Club of America, Higdon was a finalist in NASA's Journalist-in-Space program to ride the space shuttle. He has served as training consultant for the Chicago Marathon and Chicago Area Runners Association and also answers questions on Facebook, offering interactive training programs through TrainingPeaks and apps through Bluefin. At the annual meeting of the American Society of Journalists and Authors in 2003, Higdon received the Career Achievement Award, the highest honor given to writer members.

Higdon became acquainted with the Boston Marathon as a member of the U.S. Army stationed in Stuttgart, Germany, training with Dean Thackwray, who would make the U.S. Olympic team in 1956. Higdon knew then that he eventually needed to shift his focus from his usual track events (including the 3,000-meter steeplechase) to the marathon. He first ran Boston in 1959, then again in 1960, failing to finish both years. “My mistake,” Higdon realized later, “was trying to win the race, not finish the race.”
It took five years for Higdon to figure out the training necessary for success as an elite marathoner, becoming the first American finisher (fifth overall) in 1964. The previous year, he wrote an article for Sports Illustrated about Boston titled “On the Run From Dogs and People” (later a book by the same title) that contributed to the explosion of interest in running in the 1970s that continues to this day.

Higdon also wrote a coffee table book titled Boston: A Century of Running, published before the 100th running of the Boston Marathon in 1996. An expanded version of a chapter in that book featuring the 1982 battle between Alberto Salazar and Dick Beardsley, titled The Duel, continues as a best-seller among running books.

Higdon has run 111 marathons, 18 of them at Boston. He considers himself more than a running specialist, having spent most of his career as a full-time journalist writing about a variety of subjects, including business, history, and science, for publications such as Reader’s Digest, Good Housekeeping, National Geographic, and Playboy. Among his more than three dozen published books are two involving major crimes: The Union vs. Dr. Mudd (about the Lincoln assassination) and The Crime of the Century (about the Leopold and Loeb case, featuring attorney Clarence Darrow). The 2014 publication of 4:09:43: Boston 2013 Through the Eyes of the Runners resonated with the worldwide community of runners deeply affected by the bombings at the 2013 Boston Marathon.

Higdon continues to run and bike with his wife, Rose, from their winter and summer homes in Florida and Indiana. They have three children and nine grandchildren.